'XENO' is an exhibition and project which showcases works by three artists: Andreas Kattner, Noémi Kiss and Song Jing.

In a time where our world’s cultures are shaken by xeno-phobic aggression and exclusive behaviour it becomes more important than ever to re-activate the xeno-phile and inclusive capacity of human civilization. This is why XENO introduces collaborative strategies of work and encounter. The collaborations will involve the public for the production of collective archives.

The artists Song Jing, Noémi Kiss and Andreas Kattner all have a migration background and intend to explore cultural diversity by creating archives of identities in collaboration with the public. The project will be initialised at Arthill Gallery in London and will then travel to different countries as a growing archive.

Andreas Kattner, born in Germany, lives and works in Vienna, Austria. He is an artist, academy lecturer and curator and studied philosophy, fine arts and education. His work has been exhibited in various international European institutions and galleries.

His studies of fine arts, conceptual art and education - with an emphasis on collaborative learning and interaction - are an essential feature of his artistic work. These enable him to implement his aesthetic ideas in the “tension field” of the inter-relationship between artist and recipient. This happens partly in cooperation with other artists and through curatorial concepts, partly as an interactive collaboration with the audience (the artist as initiator of an artistic process) mainly in the form of interactive installations.

Noémi Kiss was born in Székelykeresztúr in Transsylvania, Romania and lives in Vienna since 1986. Her work has been exhibited in various international European institutions and galleries.

As philosopher, architect and artist Noémi devotes herself primarily to materiality that relies on the gentle collision of incompatibility. She transforms the material into new meanings and achieves a new appreciation of seemingly well-known objects. Her refreshing sensuous play of grown and made objects evokes a cheerfulness, that invites us to rethink our ideas of materiality, and to reconsider the value that we are willing to give nature.

Song Jing was born in Henan Province, China and is also a Vienna based artist. She studied photography and fine arts at the University of Applied Arts in Vienna. Her work has been exhibited at various international institutions in Europe.

Song Jing’s work revolves around body and emotions. She detects emotional patterns in her environment and projects them on chosen objects. The different artefacts created by the amalgamation of the disembodied feelings and external objects thus turn into visible manifestations of inner landscapes of emotions. This method has led her to create works that need time to evolve. Large series of works are the result of this approach.

VITA CONTEMPLATIVA has been shown in Athens during the Documenta 14 (2017). A photo series of this project is now being shown in London for the first time. 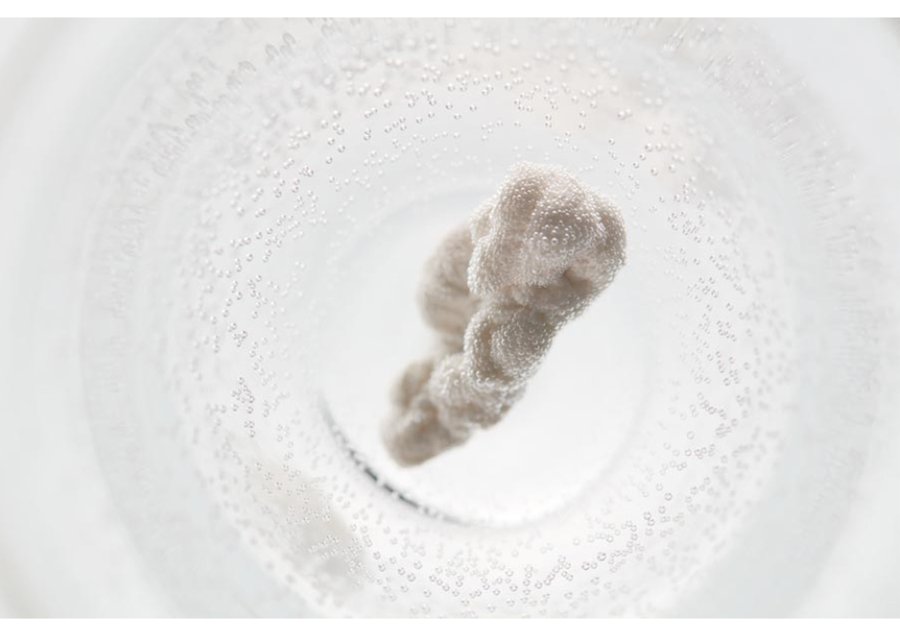