Austrian artist Werner Reiterer presents his solo project PROPAGANDA at the ACF London this Spring. The work was produced in response to the Austrian Foreign Ministry’s Open Call ‘On the Road’ and selected from over 478 submissions by an international Jury. It forms one of 23 projects which will be realized this year around the world and then presented together as an exhibition in Vienna.

Seven different text motifs/compositions responding to different human and environmental topics form the basis of the exhibition. The slogans which touch on the topics of art, culture, economics, the environment, politics and science are printed on T-shirts and distributed to both exhibition visitors and passers-by in public. These wearable slogans are both locally as well as universally relevant. The wearers become living sculptures, infiltrating urban spaces and transmitting the artists ideas beyond the physical exhibition space and duration. They act as mobile assistants and propagandists who carry the artist’s message into the public space.

The Austrian Cultural Forum London is both a representative of and territorial part of the Austrian nation state. By contrast the vast majority of problems faced by humanity require global solutions. Therefore, an essential conceptual approach of the exhibition pursues breaking down this ‘national self-image’ topographically as well as ideologically.

A catalogue with additional texts on each slogan will accompany the t-shirts and be offered free of charge to exhibition visitors. By giving away the artwork, the artist not only challenges and contrasts capitalistic and art market forces, he also allows the work to spill out into the social and public space – literally dissolving into its material manifestation at the ACF London. The work becomes a material gift to the people.

In his concepts, installations, sculptures and drawings, Werner Reiterer creates subversive realities that upend society’s rules and norms with flashes of acute criticism, irony and wicked humor. Born in 1964 in Graz, he lives and works in Vienna and has been exhibited internationally. Reiterer previously exhibited at the ACF London and the Freud Museum London in 1999 and we look forward to welcoming him back. 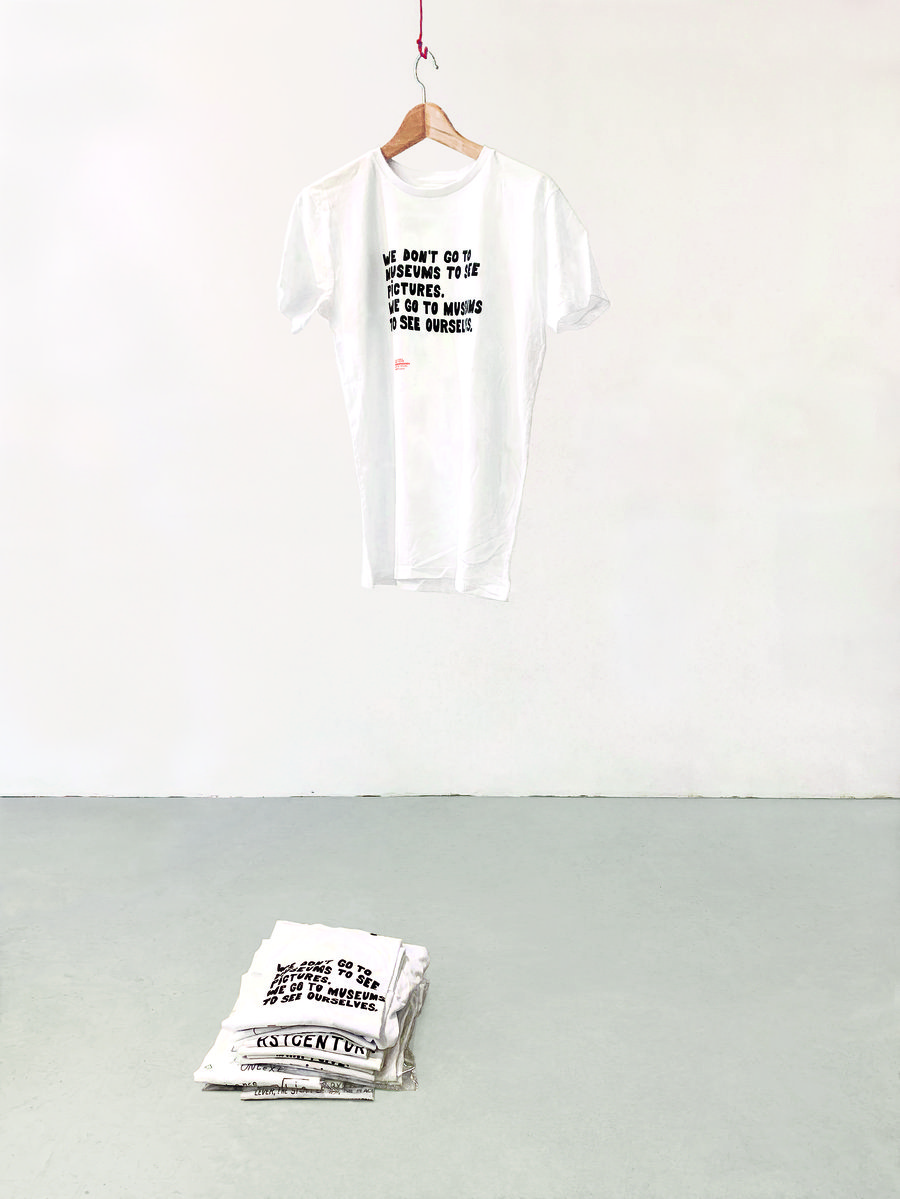