In Georg Trakl’s brief, tragic life he produced a body of work of intense visual power. Dense, imagistic and full of unnerving symbolism, his poems occupy a critical space in German Expressionism. Until his death on the Eastern Front in 1914, Trakl honed a singular poetic voice to express the horror he saw in the world around him, culminating in the starkly powerful war poems for which he is best known.

Will Stone and Jeremy Adler will read from and discuss Surrender to Night by Georg Trakl.
This edition includes all of Trakl’s major poems alongside a judicious selection of the best of his uncollected work, all rendered in a vividly clear and sensitively attuned English by translator, writer and poet Will Stone. With a biography, a critical introduction and a chronology of Trakl’s life, this collection promises to reinvigorate interest in this under-appreciated poet. 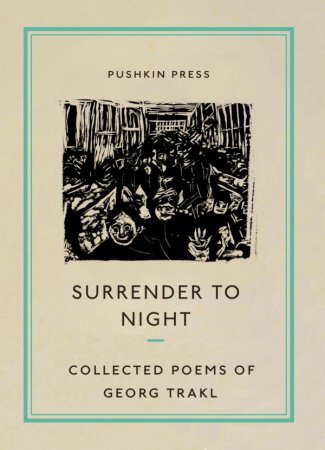