Join the Tête à Tête Festival in London next week for the UK premiere of 'Toadette: The Frog Opera'. A tale of starcrossed amphibians, written by the Austrian-based mother-and-son team Jack Dauner and Kristin Hurst.

The banned love of a frog & toad.

She is a toad. He is a frog. According to the laws of nature, their union is an impossible one. But their hearts sing otherwise. A series of misfortunes and bad timing separate these star-crossed lovers… forever?

The unique mom and son team, Jack Dauner and Kristin Hurst, present Toadette, the Frog Opera.
Composed by Jack when he was 13 years old, with a libretto by Kristin, Toadette blends a world of fantasy with romantic-style music, spectacular costumes, and unforgettable characters.

Young audiences, families, opera lovers and wildlife enthusiasts will be enchanted by Toadette, the Frog Opera.

Produced and presented by Jack Dauner and Kristin Hurst

This event is part of: 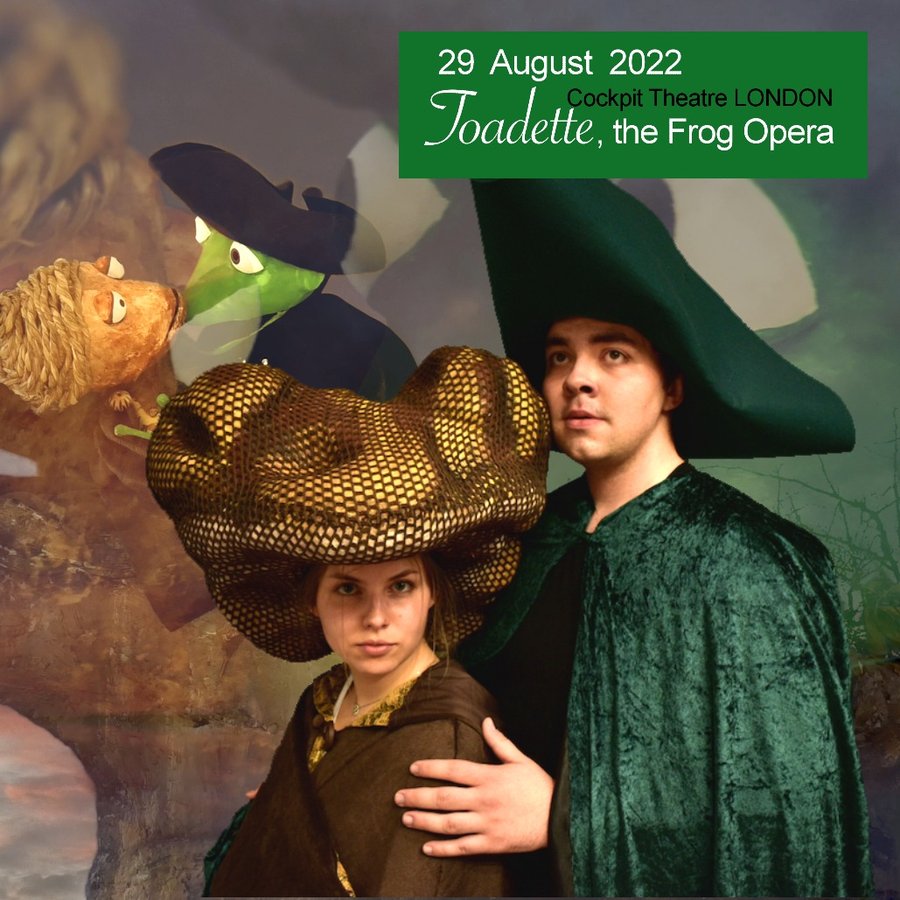