Europe House 12 Star Gallery presents a new exhibition by one of Britain's most distinguished painters and printmakers: Tess Jaray. For over six decades Jaray has explored the possibilities of creating space within abstract painting. She examines repetition, pattern and the relationship of size to scale within her surroundings, making paintings of spatial paradox in which the compositions seem to fluctuate between distance and closeness. Using line, colour and geometric forms, Jaray constructs a perception of evocative architectural spaces.

Tess Jaray was born in 1937 in Vienna, Austria, before coming to the United Kingdom in 1938 with her parents as part of the flight of Jewish refugees from the Nazis. The family settled in Worcestershire where Jaray grew up. She studied at Saint Martin's School of Art from 1954 to 1957 and at the Slade School of Fine Art, University College London from 1957 to 1960. In 1964 Jaray started teaching at Hornsey College of Art, working there until 1968 when she took up a role as the first female art teacher at the Slade School of Art, where she taught for three decades until 1999 when she was made Reader Emeritus.

Over the course of her distinguished career, Tess Jaray has developed a practice that despite sharing affiliations with minimalism, architectural drawing, Op Art and other movements, resists any singular classification. She has created her own pared-down visual language that focuses on the possibilities of space and how to express this through the reduction and control of form. Today Jaray continues to innovate and expand her practice from her studio in north London. She recently began to employ new geometric forms in her works. 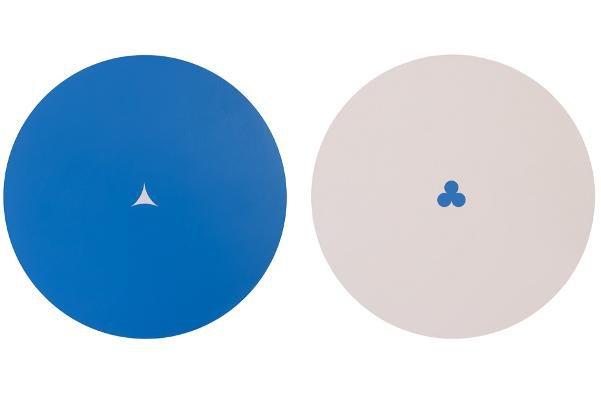