“Whether it’s a novel, whether it’s a historical story, in the core of every story sits a fairy tale.”
(Michael Köhlmeier, Interview Haymonverlag 09.02.2018)

Veteran writer Michael Köhlmeier has always had an obsession with fables. The 71-year-old’s most celebrated works are retellings of age-old tales from Greek mythology, from Telemachus’s search for his missing father Odysseus to the story of Calypso, the nymph who kept the legendary warrior prisoner.

So it should be no surprise that Köhlmeier takes an almost mythological approach in his depictions of Winston Churchill and Charlie Chaplin in 2014’s Zwei Herren am Strand, an entertaining fictionalised tale about their very real friendship.

The men first meet in 1927, when Churchill takes Chaplin aside at an actress’s party in Santa Monica for a night-time walk on the beach. They soon bond over their mutual struggles with depression, striking up an alliance against what they call the “black dog”. The book follows the duo as their lives meet and part.

There is undoubtedly some truth to the book’s events, but the film star and the statesman are treated as fictional figures, allowing Köhlmeier to burrow deep inside their minds and imagine what these very different men thought of each other.

Some scenes could be straight out of a modern-day Odyssey: when Churchill is hit by a car in New York in Christmas 1931, Chaplin drops everything and flies over to see his recovering friend. Yet the politician’s butler and nurse don’t believe Chaplin is who he says he is, the butler even pulling a Civil War-era musket on him. The comedian can only enter by jamming his foot in the door and shouting loud enough for Churchill to hear.

Part of the fun in Zwei Herren is guessing what’s fact and what’s fiction. When the duo meet for the second time at the back of a Hollywood restaurant so as not to attract attention, it seems believable that Chaplin would be embarrassed by Churchill’s loud demeanour, cigarette smoke billowing out of his mouth “as if his stomach was an engine”.

But entertainment aside, this mythological approach raises an interesting question. We think of Greek mythology as generally fiction, stories designed to teach morals rather than history. In 2,000 years from now, will people look upon our history in the same way? If you hadn’t heard of Chaplin or Churchill before, these larger-than-life fairytale characters would seem fictional.

What makes Zwei Herren engaging is the way its story is told. The book is nominally about Chaplin and Churchill, but really the show is tightly run by an unnamed narrator. The storyteller jumps about in time and topic, tying in his father’s depression and subsequent interest in Churchill to the mental health struggles of both men. The non-linear narrative doesn’t feel jarring - in fact, it’s easy to forget about the narrator until he pops up again.

Parts of the book act as a fictional oral history with long monologues from sources, some fictional and some not. Author Köhlmeier first made his name by writing radio plays while he was a politics student in Germany, and that influence is keenly felt in Zwei Herren.

In a time when mental health is such a visible issue, seeing how two of history’s biggest figures helping each other in their darkest days is an engaging, rewarding read. 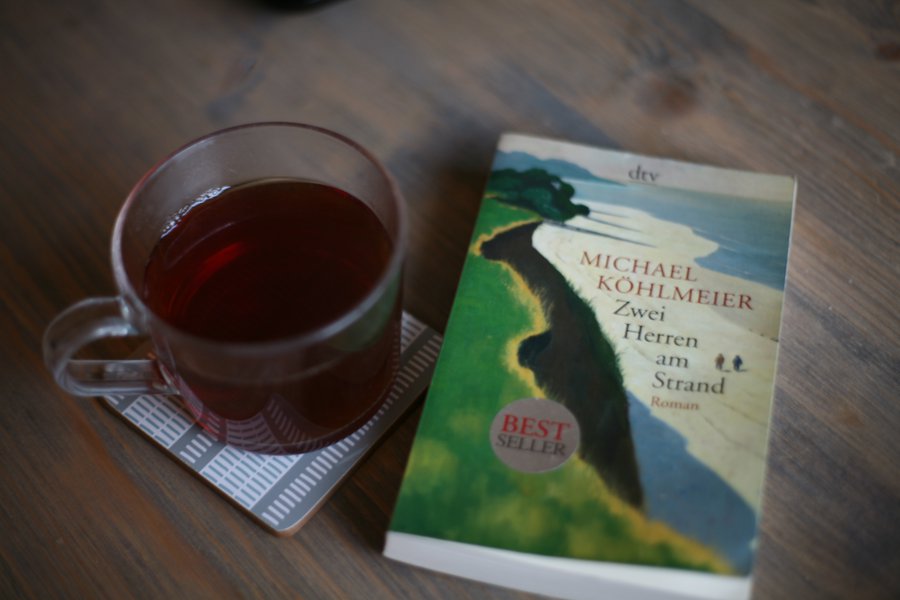