Hella’s memoir is not only a memoir – it is a time machine through historical events that have shaped our world until this day and an introspective journey of her own identity. Does she, “the wandering Jew” - as she calls herself multiple times in the book, find a home and sense of belonging? Or, do political events stop her from settling down and find a place to belong?

As a reporter, she witnessed Ghana gaining independence, J. F. Kennedy’s assassination in the US and reported on the Queen’s Royal visit to Canada. She covered stories such as the student revolts in Paris and the civil rights movement in America. She walked with the 30,0000 demonstrators on the Selma Montgomery Voting Rights Rail, which included Martin Luther King. Despite the distance of time, the scenes and images she describes feel close and ever-present:

“With Dr King and his wife and John Lewis heading the March, it came to a standstill on the steps of the Capitol. A solid line of green-helmeted police blocked any further advance. The marchers wanted to hand over their petition for voting rights” but were refused to deliver it.

These lines instantly remind readers of what happened at the US Capitol on Jan 6th, 2021, just a few months ago. While in March 1965, protesters marched peacefully for freedom and couldn’t even hand over their petition, far-right rioters stormed the Capitol violently and put people’s lives and the American democracy at risk. Two unforgettable events that struck a nerve in very different ways.

Hella also reported on the UK’s efforts to become part of the EU in 1970 and watched it leaving it in 2020. This led to the onset of her current conflict with her identity as her cosmopolitan and European identity with a base in London was gone, “I found it increasingly difficult to identify with a nation that consented to divorce itself from Europe {…} The distancing from Britishness has become my personal heartache. The net result? I no longer know where I really belong.”

While Hella spent most of her adulthood around the globe as “a wandering Jew”, her childhood home was in Vienna. The book’s first part depicts how she was forced to flee to Britain with the Kindertransport because of Austria’s dark Nazi past. Being the trailblazing journalist she is, she also talks about this transport objectively. She points out that Zionists selected Jewish children according to their mental and physical health, intending to have children who would “move on to Palestine and help in building the state”.

The book also shows how Austria’s Nazi past threw a family apart and how it affected three generations of women. While Hella’s mother managed to flee to London and reunite with her daughter, she struggled as a refugee as she only had permission to work as a domestic worker, and she couldn’t follow her passions and ambitions (for the first years at least). Whereas Hella’s grandmother, Kapi, was stuck in Czechoslovakia and desperately looked for a way to be with her family. Sadly, she was taken to the Theresienstadt concentration camp and died.

Being confronted with identity issues at an early stage, Hella refused as a young girl to speak German and was hiding her Jewish identity. Until one teacher encouraged her to speak German, and only when she visited New York and saw the Jewish community as an integral part of America’s society, she started to embrace her Jewishness.

Despite the current affairs impacting the journalist’s sense of identity which may remind her of her “restless, rootless spirit,” she solved many issues around it during her journey. She found friends around the world that became family. She has delivered meaningful work and has contributed a great deal to history as a female journalist.

(These days, we’d probably call Hella an “intellectual badass” and a “globetrotter” – who made it.)

As an aspiring female journalist, Hella’s powerful story, cosmopolitan career and this book have shown me one way to enter the world of Journalism. It also demonstrates that it’s often a mixture of hard work, knowing the right people and being at the right place at the right time.

Watch a recording of our virtual book launch with Hella Pick below. 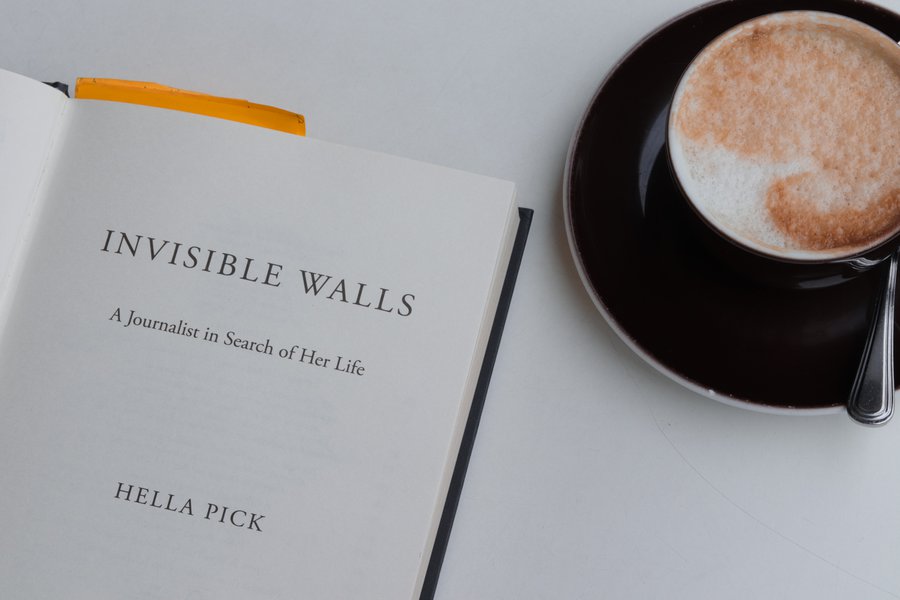