“If Austrians knew better what Austria is, they would be better Austrians; if the world knew better what Austria is, the world would be better.” This quote by Franz Grillparzer is to be found at the forefront of ‘Der Engel mit der Posaune‘ and promptly constitutes its leitmotif: the perpetual struggles of the State and the people of Austria across the decades.

In Ernst Lothar’s novel, the Alt family, a Viennese piano-making dynasty, and their multi-generation townhouse, where history itself passes through the doors, become the epitome of struggle in both the private and public sphere.

Published in 1944, ‘Der Engel mit der Posaune‘ is conceptualised as a contemporary work written in the style of a historical novel, resulting in a remarkable double structure: Through narrating the family’s fate from 1888 to 1938, between the Viennese Fin de Siècle, Mayerling, the First World War, Dollfuß, and the “Anschluss,” the author creates not only family history, but an epochal, truthful portrait of a tumbling nation.

Behind the walls of the dapper family mansion, the ossified spirit of the late Austro-Hungarian Empire, embodied in worn-out soldiers, pedantic officials, and embittered wives, gradually gives way to menacing new political currents that bring death and destruction. Lothar impressively shows that it is possible to experience the most serious upheavals in Austrian history within a single life. As a young woman the protagonist Henriette Alt still loves Crown Prince Rudolf and in old age, she has to cope with National Socialism.

Ernst Lothar too suffered under the NS regime. Born to a Jewish-Moravian family, he was a central figure of the cultural life in Austria before he had to take refuge in the USA from 1938 to 1946. After his return, Lothar acted as the grey eminence of the Austrian post-war cultural scene, yet he has never been popular.

I enjoyed immersing myself in Lothar’s skilfully crafted universe of days gone by. Besides being a bit lengthy, ‘Der Engel mit der Posaune‘ is an intriguing novel that convincingly depicts both people and a whole nation to whom fate has dealt a bitter blow. It has to be acknowledged, however, that the Alt family does not get close to the Buddenbrook family’s unparalleled path of decline at any moment- but who could, really?

In particular, I liked the author’s differentiated description of the characters and the introspection he provided. What moved me most, was how he makes tangible an oppressive atmosphere that spread more and more in the wake of the rising National Socialism. A dynamic Lothar experienced first-hand.

I can only recommend ‘Der Engel mit der Posaune‘ to everyone. The novel gives a deep insight into the most serious ruptures of Austrian history, which still have a material effect on the present. Ernst Lothar shows us that we must remain vigilant at all times- to see the signs and to react promptly. 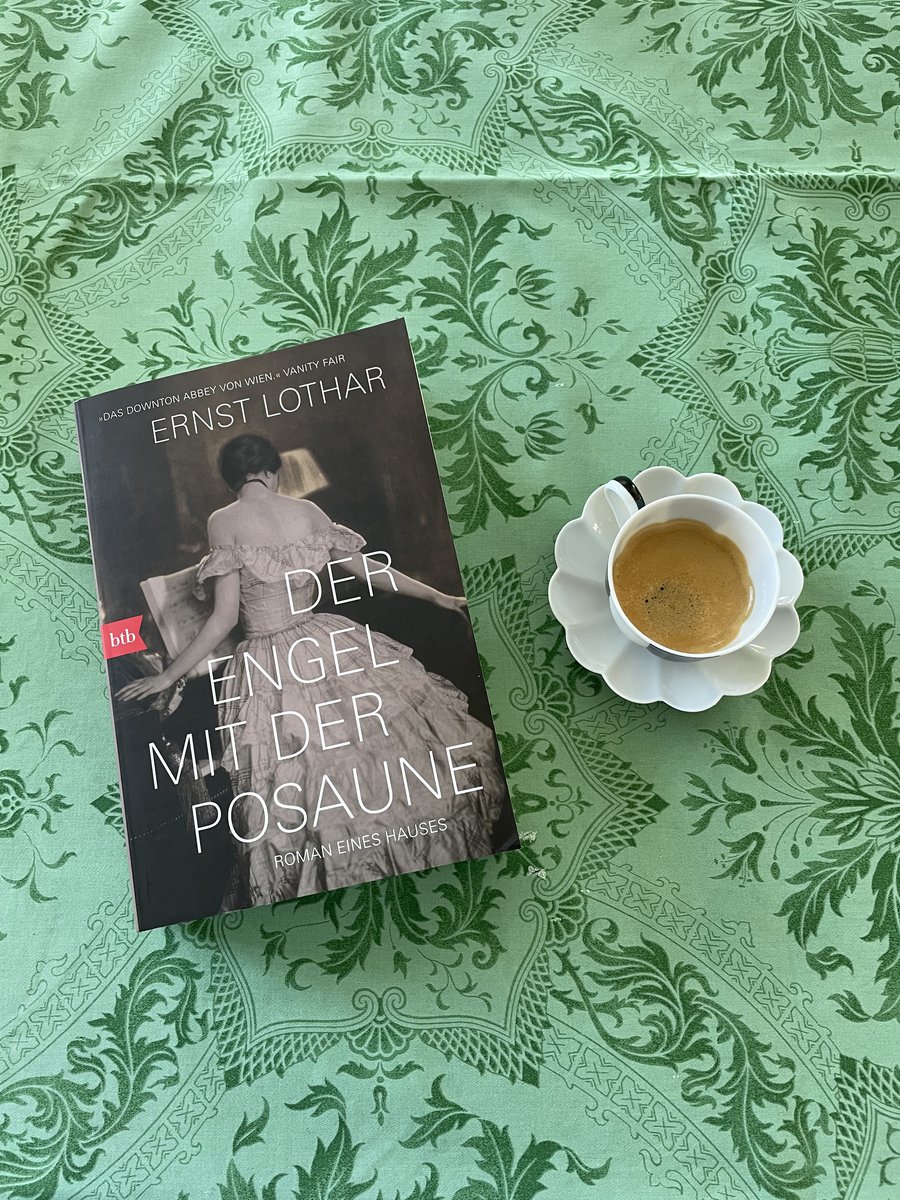