“What has become of our adventures – the ones that led us over icy passes, across great dunes, or often simply down highways?” This opening question runs through “The Terrors of Ice and Darkness” like a subtle golden thread. Through a skilful combination of fiction and historical report, Ransmayr thus tells us a captivating story about adventure, resilience and human quests.

The book is multi-layered and revolves around a narrator who aims to reconstruct two separate journeys into the arctic: That of the 19th century Austro-Hungarian North Pole expedition on the one hand, and that of a young Italian man who disappears in 1981 while trying to follow in the footsteps of this very expedition on the other.

The reconstruction of the original venture remains close to historical facts: It is concerned with an Austro-Hungarian crew that set out in 1872 to explore the Arctic Ocean to the North of Russia. However, they get locked in pack ice just a few months into their journey and drift to hitherto unknown polar regions, leading to the discovery of Franz Josef Land. The collage of historical details, original journal entries and the author’s own speculations allow for a deep dive into the crew’s lived experiences in this misanthropic environment. The reader is torn between shock and fascination, as sober accounts of frozen limbs and exhaustion alternate with mesmerizing descriptions of polar lights and the excitement of exploration.

What, then, has become of adventures such as these? Ransmayr interweaves his account of the original expedition with a fictional story about a young Italian, Joseph Mazzini. The narrator switches between his journey and that of the original expedition, tracing how Mazzini became more and more drawn into the endeavours of the Austro-Hungarian crew. His fascination goes so far that he eventually decides to head Northwards and join a research vessel in Svalbard himself. In reconstructing these developments, the narrator seems to be torn between sympathy and scepticism: Should Mazzini be admired for his boldness and commitment? Or are these nothing but a laughable nostalgia in our tamed, modern-day environment?

I found “The Terrors of Ice and Darkness” both thought-provoking and inspiring. Its multiple narratives and report-like structure make it an unusual read for a novel. However, these arguably allow the reader to feel even more deeply immersed in the world of Arctic exploration. To me, the book provoked an uneasy tension between longing for the adventures of the past, and yet acknowledging that these may be out of reach for us today. However, perhaps not entirely so. As the narrator urges us to remember: “Let us not forget: The line of flight is only a line, not a road. From a physiognomic viewpoint, we are pedestrians and runners.”

Ransmayr grew up in Upper Austria and studied philosophy and ethnology in Vienna. Since the publication of his first novel, ‘The Terrors of Ice and Darkness’, Ransmayr has become one of the central figures of contemporary Austrian literature, and his books have been translated into more than 30 languages. Today, he lives in Vienna with his wife.

Interestingly, after reading ‘The Terrors of Ice and Darkness’, Italian mountaineer Reinhold Messner contacted Ransmayr. The two developed a friendship and, in a twist of fate, the author thus ended up walking in the footsteps of his characters himself: Together, the two hiked through Franz Josef Land in 2003. 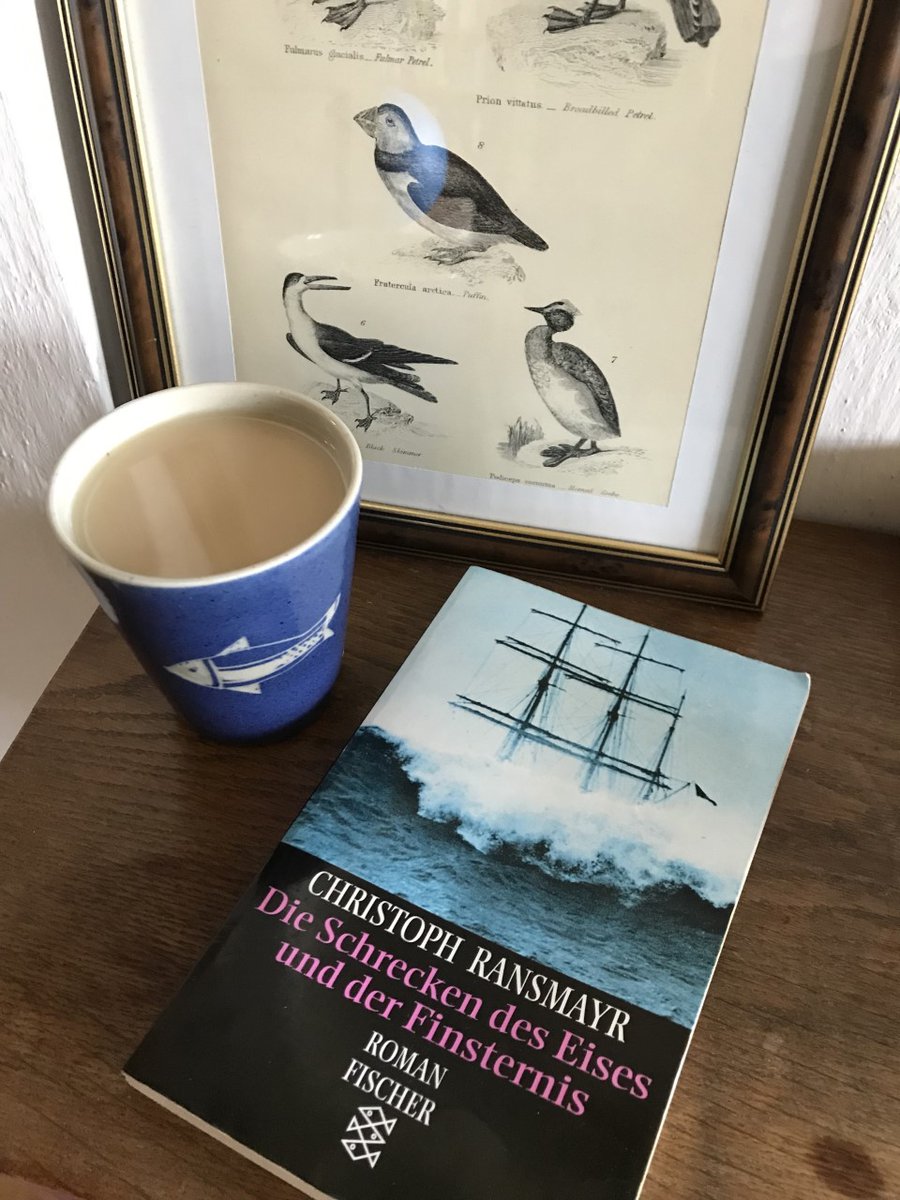