Reading & Discussion with Marie Gamillscheg and Anne Stokes: An Uprising of Sea Creatures

Reading & Discussion with Marie Gamillscheg and Anne Stokes: An Uprising of Sea Creatures

We are thrilled to welcome one of the most interesting young voices in recent Austrian literature, Marie Gamillscheg, together with renowned translator Anne Stokes at the ACF London.

In this encounter, Gamillscheg gives a close insight into her latest novel 'Aufruhr der Meerestiere' (An Uprising of Sea Creatures), which was longlisted for the German Book Prize 2022.

Join us for this bilingual reading and discussion, offering you a fascinating glimpse into Gamillscheg's work.
'Aufruhr der Meerestiere' is a complex work revolving around Luise, a successful marine biologist who returns to her native Graz to join a marine research team at the city’s zoo on a new project connected with her work on Mnemiopsis leidyi (the warty comb jelly or sea walnut). The novel deftly interweaves explorations of Luise’s family history and old friendships with reflections on the environment and our attempts to make sense of marine life in human-centred terms (attempts that are bound to fail).

Anne Stokes will present translated extracts of the book, which can be previewed here.
The reading will be followed by a discussion and Q&A.
The event is moderated by Andrea Capovilla, Director of the Ingeborg Bachmann Centre for Austrian Literature & Culture at the Institute of Languages, Cultures and Societies (University of London).

Marie Gamillscheg was born in Graz and studied Transcultural Communication with French and Russian in Graz and Lyon, and East European Studies in Berlin. Her first novel, Alles was glänzt (Everything that Shines) topped the ORF best books list and won the 2018 Österreichischer Buchpreis for best debut novel. She was hailed by Der Spiegel as ‘one of the most exciting young voices in German-speaking literature’.

Gamillscheg is joined by Anne Stokes. Stokes holds a PhD in both German Literature (Ohio State University) and English (University of Glasgow) and is Co-Director of the Translation Studies programme at the University of Stirling. She has translated academic and literary texts, among them Sarah Kirsch’s poetry (Ice Roses, 2014), Dörte Hansen’s Altes Land (This House is Mine, 2016), and Christian Adam’s Lesen unter Hitler (Bestsellers of the Third Reich: Readers, Writers and the Politics of Literature, 2021).

The event is organised in cooperation with the Ingeborg Bachmann Centre for Austrian Literature & Culture at the Institute of Languages, Cultures and Societies (University of London). 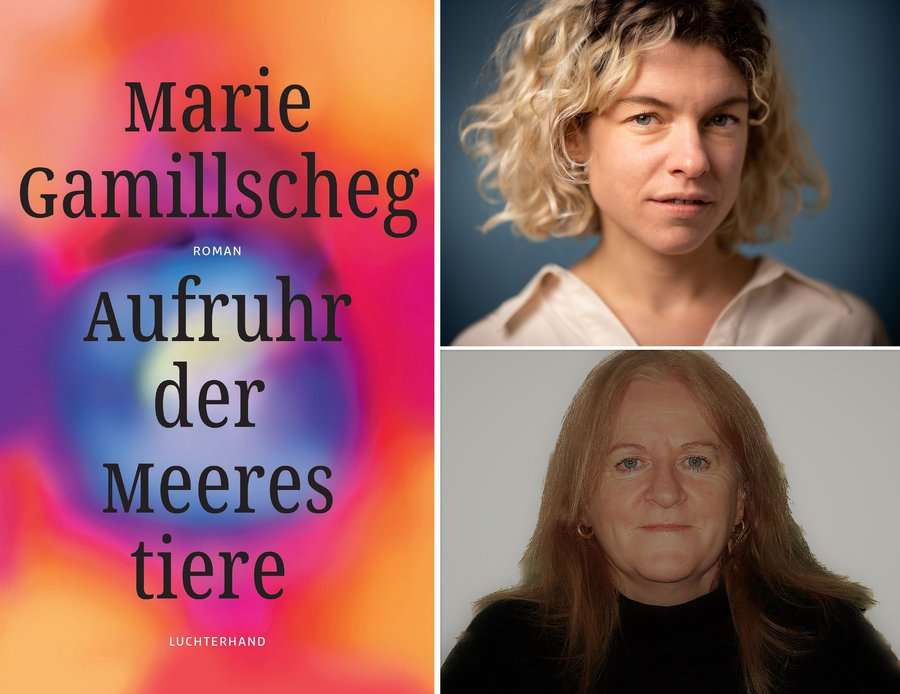