Panel discussion: Count Coudenhove-Kalergi and His Vision of Europe

Panel discussion: Count Coudenhove-Kalergi and His Vision of Europe

We are thrilled to welcome Martyn Bond and Claudia Hamill at the ACF London to take us on a fascinating journey into the life of Count Richard Coudenhove-Kalergi. They will introduce us to their book titled Hitler's Cosmopolian Bastard - Count Richard Coudenhove-Kalergi and His Vison of Europe and engage in a lively panel discussion with Tim Schmalz (University of Cambridge) about the Count and all things European.

Count Richard Coudenhove-Kalergi wrote a political bestseller Pan-Europa in 1923 and set up a pro-European political movement to rival the Nazis. The intellectual elite of the continent attended his congresses in Vienna, Berlin and Basel in the 1920s and ‘30s. Einstein rubbed shoulders with Richard Strauss, Leo Amery with Sigmund Freud, Thomas Mann with Tomas Masaryk. The Count was the first to create a European flag and choose an anthem – Beethoven’s Ode to Joy - and to call for a European passport, a European stamp and a common European currency.

The Count’s commitment to this cooperative ideal infuriated Hitler, who referred to him as a ‘cosmopolitan bastard’ in Mein Kampf. Communists and nationalists, xenophobes and populists alike hated the Count and his political mission. When the Nazis annexed Austria, the Count and his wife, the famous actress Ida Roland, narrowly escaped the Gestapo. He fled to the United States, where he helped shape American policy for postwar Europe. Coudenhove-Kalergi’s profile was such that he served as the basis for the fictional resistance hero Victor Laszlo in the film Casablanca. A brilliant networker, the Count guided many European leaders, notably advising Winston Churchill before his 1946 Zurich speech on Europe. A friend to both Chancellor Konrad Adenauer and President Charles de Gaulle, Coudenhove-Kalergi was personally invited to the High Mass in Rheims Cathedral in 1961 to celebrate Franco-German reconciliation.

A provocative visionary for Europe, Coudenhove-Kalergi thought and acted in terms of continents, not countries. For the Count, the United States of Europe was the answer to the challenges of communist Russia and capitalist America. Indeed, he launched his Pan-European Union thirty years before Jean Monnet set up the European Coal and Steel Community, the precursor to the European Union.

Martyn Bond was trained in the BBC as a radio and TV producer before moving to academia to teach European studies, moving on to a career as a European civil servant. He is also a published author and editor on European topics: A Tale of Two Germanys (Atomium Press 1990), Eminent Europeans (Greycoat Press, 1992), The Council of Europe: History, Politics, Problems (Taylor and Francis, 2013). In the early 1980s he was the BBC Berlin correspondent, and until recently he was Director of a UK think tank and a Visiting Professor at Royal Holloway, University of London. He is currently Deputy Chairman of the London Press Club. He is also a Patron of the University Association for Contemporary European Studies and a Vice-President of the Chartered Institute of Linguists. Until recently he regularly lectured to training courses at the FCO and also gives talks on contemporary European issues.

Claudia Hamill shares Martyn Bond's enthusiasm about the importance of this charismatic Count. In pursuit of the story, she travelled across Europe, researched, helped assemble the material and edited the biography. Her professional career, with a law degree, working alongside the EU institutions included training continental politicians to become MEPs as well as UK civil servants on EU policy developments; and her role as European & Overseas Director of The National Trust. Recently she lectured on BA courses and ran MA modules on the EU at the University of Maastricht. A former Council Member at Chatham House, she is Senior Adviser to the European Forum of Manufacturing.

Tim Schmalz teaches modern European history at the University of Cambridge, where he is based at Sidney Sussex College. He is an expert on interwar cultural diplomacy and his research examines the diplomatic relations between Austria and Britain in the 1930s. 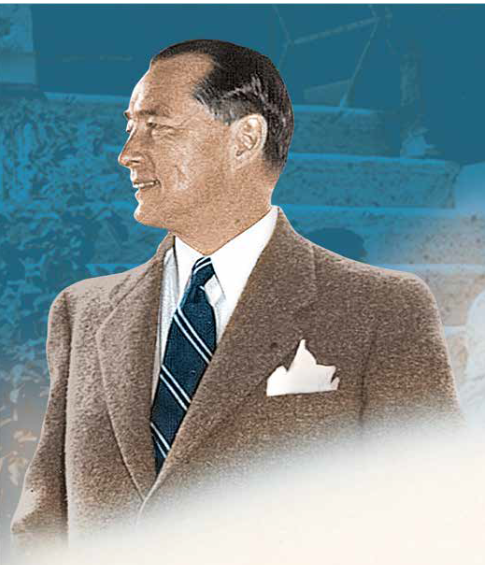