Returning to The Rose Playhouse after their acclaimed production of The Taming of the Shrew in 2013 and the opera Orpheus and Eurydice in 2014, Time Zone Theatre presents a new, contemporary adaptation of William Shakespeare’s tragedy Othello. Director Pamela Schermann transfers the action to the cityscape of modern London. Here, in this high-flying executive business world, we dive into an abyss of power and intrigue, riddled with suspicion and jealousy. Beneath the surface of this civilised and polite environment we encounter brutality and callousness.

“One of the things that inspired me was the tragic death of an intern at the London office of the Bank of America a year ago”, says Schermann. “He died after working continuously for 72 hours. Although it is uncertain whether his death was caused by exhaustion or a medical condition, the excessive hours at work illustrate a brutal business practice, where money is more important than people, and where success at any cost is all that matters.”

This fast-paced adaptation cuts Shakespeare’s tragedy Othello down to its five main characters and focuses on their relationship with each other. The entire play is set in the meeting room of the company’s office. Everyone is under constant surveillance, private and business lives entwine, workers are caught in a bubble without privacy or time off outside the Corporation. There’s always someone watching you, analysing your every move and waiting for an opportunity to stab you in your back. 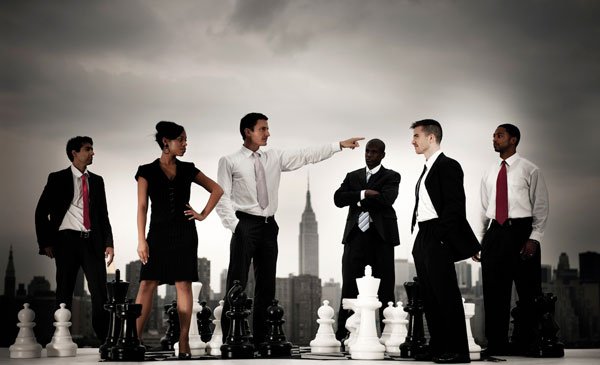