This international conference looks at the Alps and its cultural impact on German-speaking Europe. It includes contributions covering a wide range of media, such as prose fiction, poetry, film, philosophical investigation and photography. Topics range from tourism and architecture to climate change and natural catastrophes, human fragility and resilience.

Feared and revered, the Alps have long held captive the European cultural imagination. From the classical period to the modern day, the Alps have served as inspiration for individuals working across a broad range of media. Seen on the one hand by policy makers as marginal, in cultural and biological terms they are highly diverse. Often cast as a boundary between northern and southern Europe, the Alps have facilitated intercultural and transnational exchange for centuries. Whilst the great alpine passes have allowed for the transfer of troops, pilgrims and traders since ancient times, modern feats of engineering allow for fast transportation under the mountains themselves. Ease of access comes at a heavy price: whilst respect for biological diversity motivates one mode of engaging with the Alps, the availability of exploitable natural resources motivates another. As a result, the Alps stand at the acute end of global warming. Though they have been long seen as the home of crisp air and clear waters, shrinking glaciers and receding forests testify to the mountains’ susceptibility to the escalating climate crisis.

In cultural terms the Alps act as a foil for broader debates that are defined by a tension between the beautiful and the dangerous, and between light and dark. This can be traced through cultural productions across genre and media. As Uwe Hentschel (2002) outlines, the mountains were the fundamental contributing factor to the Alps being cast as Arcadia by travellers in the 18th and 19th centuries, an image undermined by the harsh realities of life and high levels of poverty that travellers witnessed. The poetry and paintings of the Romantics depict a sublime landscape, but one that threatens those who occupy it. Likewise, whilst Heimat- and Bergfilme celebrate the mountains in a way that recalls the writing of Johanna Spyri, their volatile nature makes life there highly fragile. In more recent works this tension intensifies: the dark undercurrents of European history explode in Alpine settings, exposing the interplay of topics including: historical antisemitism and the Holocaust; man-made and natural catastrophe; and human fragility and resilience.

Whilst studies edited by Beniston, Hughes and Vilain (2011) and Barkhoff and Heffernan (2010) have examined the role of the Alps in generating national identity and mythology in Austria and Switzerland respectively, this conference proposes a transnational and transdisciplinary consideration of alpine and peripheral space.

Hosted by the Ingeborg Bachmann Centre for Austrian Literature & Culture and the Institute of Modern Languages Research. 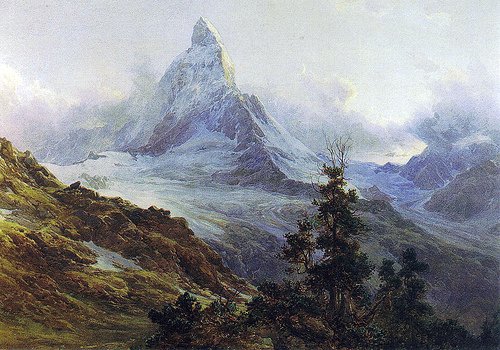