From Music To Morse - Eric Sanders at 100

From Music To Morse - Eric Sanders at 100

Listen to the inspiring story of the centenarian Eric Sanders, who was interviewed by actor Norma Cohen about his years before the Second World War in Vienna, his flight to the UK and his life after the war.

Born to Jewish parents in 1919 as Ignaz Erich Schwarz, the gifted pianist and composer was forced to leave Austria after the Anschluss in 1938. He arrived in the UK in late August that year and later volunteered for the Special Operations Executive to fight against National Socialism.

Eric has written several books and has often shared his story with pupils in Austrian schools.

In 2018, on the occasion of his 99th Birthday the Austrian Cross of Honour for Science and Art was bestowed upon Eric Sanders and we were pleased to welcome him again a few months ago to celebrate his 100th birthday.
Today, 6 months after his 100th birthday and 6 months before his 101th we are delighted to present his testimony.

Our special thanks to Norma Cohen and Roger Schindler, who filmed and edited the interview and offered the ACF London to share it. 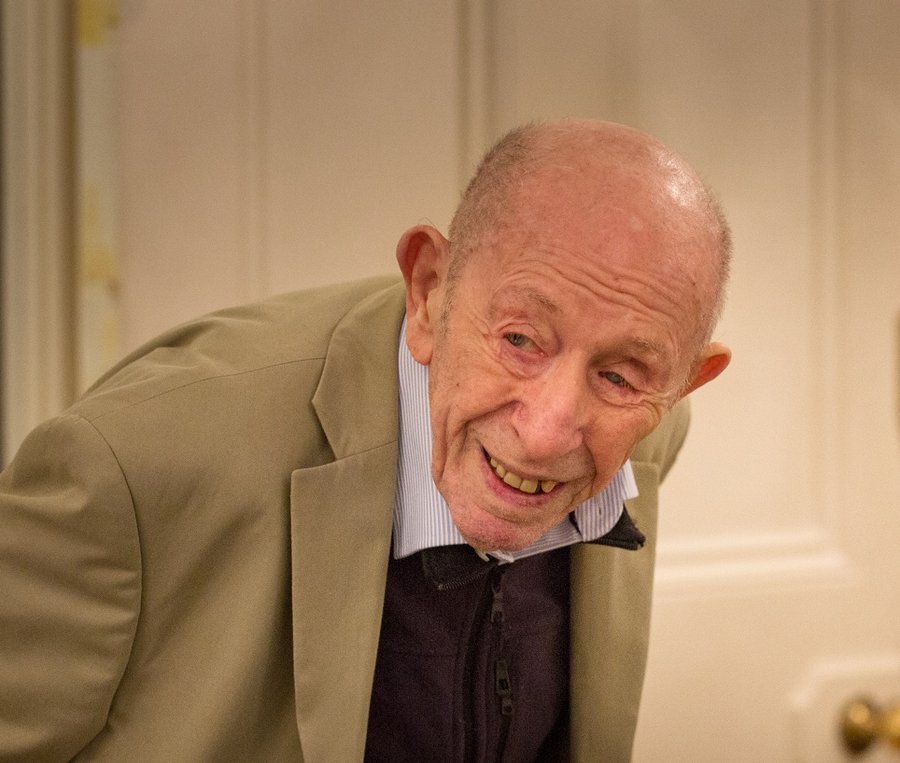