Mozart & Salieri is a one-act opera in two scenes by Nikolai Rimsky-Korsakov, written in 1897 to a Russian libretto from Alexander Pushkin’s 1830 verse drama of the same name. The story follows the apocryphal legend that Antonio Salieri poisoned Wolfgang Amadeus Mozart out of jealousy over his talent.

Time Zone Theatre's director Pamela Schermann teams up with musical director Andrew Charity (MD of OperaUpClose’s OLIVIER award winning production of La Boheme) to present this rarely performed two-hander in a new and unusual setting. Using the whole space of Phoenix Artist Club as our stage, the action unfolds around the audience, making them the centre of the performance and allowing them to experience opera in an intimate setting. Sung in English in a new English translation by Andrew Charity. 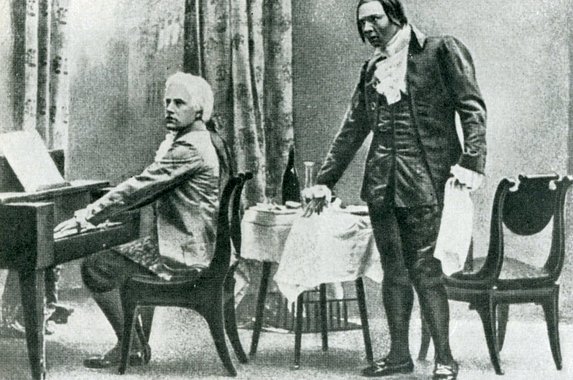