For more than 35 years, Mara Mattuschka has been among Austria’s most eminent experimental filmmakers. In addition to her film work, the Bulgarian-born artist is also an actress, painter, professor, performance artist and film producer. Mara Mattuschka's first 'painted' films were made as part of Maria Lassnig’s animation studio. From the 1980s on, Mattuschka shot numerous short experimental films using her alter ego: Mimi Minus. Since 2005 she has been collaborating with the performance collective Liquid Loft lead by Chris Haring, constantly trying out new cinematic forms. This month Close Up Film Centre presents her short and feature films as well as Elisabeth M. Klocker's documentary on the artist.

We enter a constructed setting, against the background of a video wall that suggests we are in a restaurant. A Japanese restaurant, as can be concluded from the conveyor belt which forms part of the fittings. Running Sushi consists of a casual conversation between Steffi and Johnny in a sushi restaurant, while the parallel world of thoughts and sensations of both characters takes the stage. Each new dish has major consequences in the grotesque dream reality.

"Anyone already damned need not fear being damned. In Elisabeth M. Klocker´s film Different Faces of an Anti-Diva, the artist Mara Mattuschka tells how one of her Bulgarian ancestors made a blasphemous speech for which he and the next nine generations of the family were cursed. The way Mattuschka tells it, this fate almost sounds like fun. In any case, she lives out her fearlessness with pleasure." – Eve Heller

The film portrait on the artist by Elisabeth Maria Klocker, who accompanied Mara Mattuschka over a longer period of time, shows Mattuschka’s complexity, her high degree of professionalism and the enthusiasm she brings to all her work – as well as her irony and humour and her courage in taking on new and different roles. Despite her success and international acclaim, Mara Mattuschka has remained unassuming; she calmly talks about her penchant for imperfection. Klocker’s film is a kaleidoscopic snapshot of a unique artistic oeuvre and talent. 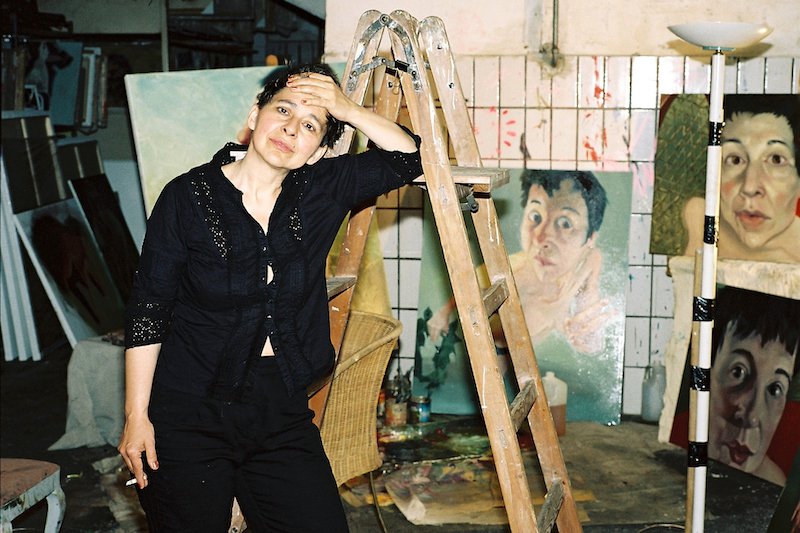