Join Austrian musician Lukas Koenig, together with the artists Aja and Bride, for an evening of deconstructed club sounds, percussive noise and harsh industrial synthesis in London this December.

Austrian musician Lukas Koenig is primarily a drummer. But there’s a lot more than percussion happening on his latest solo album, Buffering Synapsis (opal tapes), from sputtering noise to fractured circuit breaking to creepy horror-soundtrack ambience. Using electronics and pedals along with his cymbal, Koenig lets his imagination fly, leading to fascinating juxtapositions between tracks and sometimes even inside them. Despite the stylistic whiplash, Koenig manages to instill his music with a sense of purpose, never blasting forward blindingly or tripping over himself to find a new sound.

Aja Ireland is an award-winning sound and performance artist making deconstructed club and industrial techno whose live shows are described in The WIRE Magazine as “Shifting from ethereal diffusions to potent explosions.” With 3 successful UK and European tours, selling out multiple shows and headlining major festivals such as CTM, Sonic Acts and Supersonic, the new live performances reveal a new, vulnerable transformation of the performer; shedding make-up and costumes and bringing a brand-new digital collaboration in the form of new visuals to the live shows in 2022.

Bride is an experimental artist manipulating field recordings and synthesis. Influenced by a deeply rooted melomania, they are interested in the realm of noise and industrial music — using collected recordings to construct allegorical tales within harsh and dissonant environments. 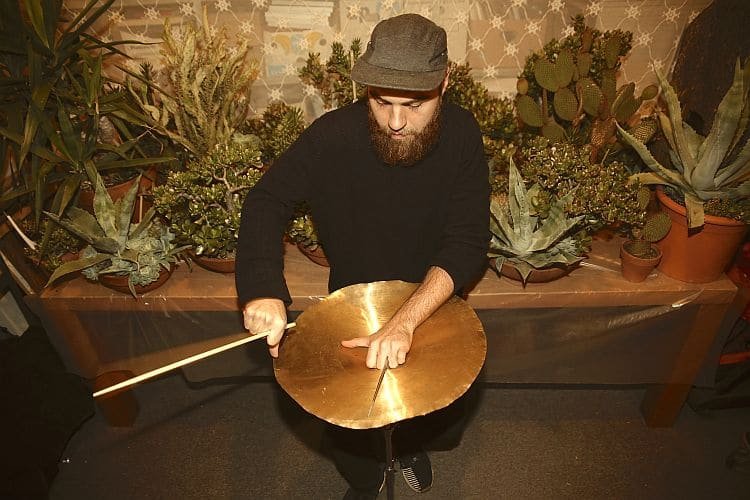