going to bed is at once homely utopia and threatening nightmare. After running away from his parents’ desperate family idyll Elm is picked up by an old man, Milan. At home they play family, the young boy is pregnant and for Milan the game gets very real. Outside in the tree Nele is jealous, Hans tries to articulate himself in letters to the lost son while his despairing wife, Anna, strives for the perfect cake that will restore their domestic bliss. With great insight Steinbuch lets all characters threaten each other’s ‘life-saving-fantasies’ of intimacy and comfort in the perfect family in a witty surreal arrangement.

Gerhild Steinbuch who studied Creative Writing for the Stage in Graz, Austria, writes prose and theatre plays and has received numerous grants and awards, among them the Reinhard-Priessnitz Award (2005). In 2004, she took part in the Royal Court Theatre’s Summer School in London. 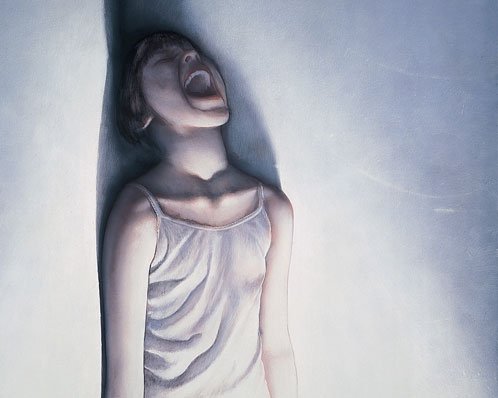