Sex of the body or sex of the mind? What goes deeper? Which is more pleasurable? Which hurts more?

Some of the greatest minds of the post-War central European generation, Theodore Adorno and his wife Gretel, Hannah Arendt and Walter Benjamin became caught up in a heady mix of sexual and intellectual intrigue, infidelity, rivalry and mutual obsession.  Years later, with Benjamin dead and Adorno established as one of the leading thinkers of his time, he, Gretel and Hannah are invited to a meal by a mysterious young woman. When their host reveals that she has access to documents that could change their lives for ever, all three are forced to face the lies, jealousies and sexual proclivities that they have hidden for decades, as their loyalty to each other is tested to the utmost. 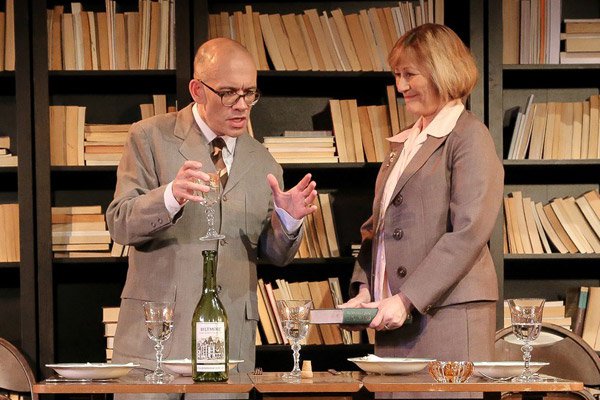