An Encounter: Marlen Haushofer - A virtual reading by Bettina Rossbacher

An Encounter: Marlen Haushofer - A virtual reading by Bettina Rossbacher

In her novels and short stories she analyses the everyday lives of middle-class women in the 1950s and 1960s, relentlessly exposing the gap between reality and a painstakingly preserved facade.

After Haushofer's early death, her work – apart from her children's books, for which she was twice awarded the Children's and Youth Book Prize of the City of Vienna – was forgotten for years; it was not rediscovered and republished until the 1980s.

After an introduction to her life and work, Bettina Rossbacher will read from the volume of short stories Terrible Faithfulness, which in 1968 earned Haushofer, for the second time, the Austrian State Literary Award (Staatlicher Förderungspreis für Literatur).

Tune into the second edition of the 3-part video series, portraying outstanding women in Austria, presented by the renowned speaker Bettina Rossbacher.

The booking function for this event has been closed.

Bettina Rossbacher is a professional public speaker, reciter and designer of literary programmes from Austria. Since 2008 she has been presenting a variety of literary readings - in-house and co-productions - at renowned Austrian venues. (e.g. Austrian Society for Literature Vienna, Austrian Academy of Sciences, Jewish Museum Vienna, Belvedere, Albertina)

Rossbacher also works as a narrator of audiobooks and podcasts as well as an OFF voice and event host. She also gives coaching in speaking and presentation techniques.

The video will be available online for two weeks, from the date & time of release. 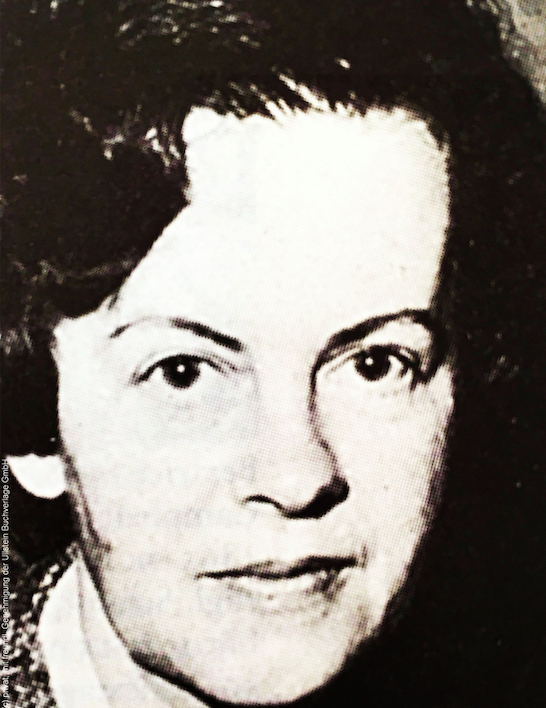