Conny Zenk works across new media art, dance, film and visual culture to create performances which engage with the immediate audience space through particpatory technology. To complement the exhibition she will present Self[ie]DREAMER a new solo work which seeks to capture the essential qualities of our bodies in conversation with our smartphone devices.

Self[ie]DREAMER  is based upon her collaborative series Selfie Shamanism - an ongoing performance investigation which outsources video feeds from the audiences available smartphones. In both Selfie Shamanism and self[ie]DREAMER, smartphone cameras evoke comparison with the spooky practice of x-raying oneself - producing a stream of data accumulating layers of noise which which eventually devours the image and it’s source. Inspiration for the work came from Conny’s encounters with Asian dancers who integrate smartphones to learn traditional dance routines - presenting a neat visual of the technology’s subtle influence on our behaviour and culture.

self[ie]DREAMER points to the cultural practice of mobile and self-posted social media to expose the user’s commitment to the (perfect) image of the desired frame in a continuous, repetitive, attempt to meet the needs of the digital medium. Under guidance and moderation, the audience is invited to view their personal smartphone as a prop. With the help of Selfie apps, the smartphone becomes an audio-visual instrument. Digital devices are increasingly becoming an oracle, a memory of our desires and longings. We touch them tenderly, gently stroke their screens, laugh and cry into them.

Conny Zenk is a visual composer, video and media artist working across topics dissecting social media, migration, gender and feminism as well as urban, architectural and spatial concepts. Conny uses mediums such as projection (2D and 3D), video and screen based art in the context of performances and installations to create mobile performances with laser-projection and smartphones and interactive site-specific urban events. conny is especially interested in the process of composing and performing to question the relation between ‘physical’ such as dancing, and ‘technology’ such as digital gadgets including the smart phone. 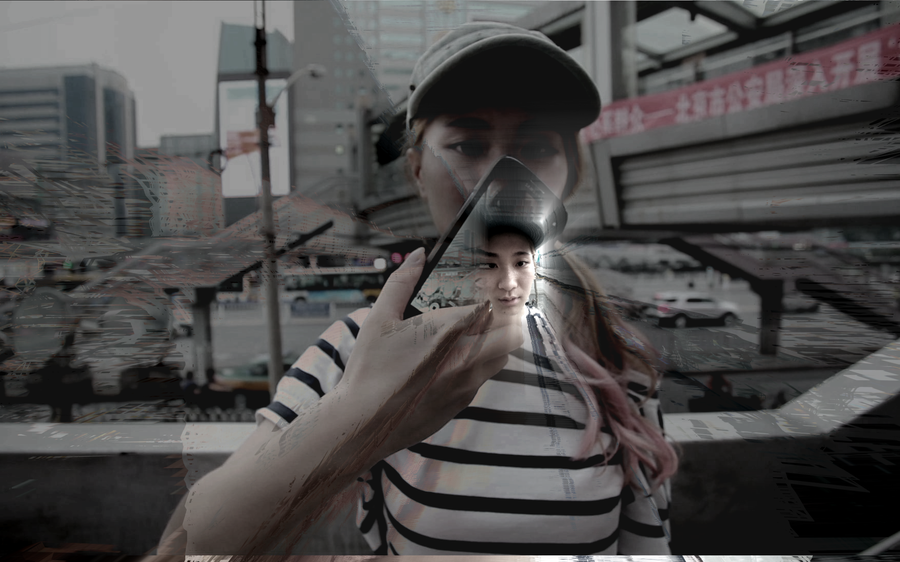 This event is part of