Join the renowned Austrian flautist Elisabeth Möst for an in-person and live-streamed lunchtime concert at the Summer Music Festival in London this summer.

Elisabeth Möst is an enthusiastic and sought-after interpreter of contemporary music and has worked with many composers, including Violeta Dinescu, whose Concerto will be given its world premiere by the 9lutist in Vienna in the spring of 2018. Nikolai Badinski and W.A. Schultz have also dedicated works to her.

Elisabeth Möst has performed as a soloist and chamber musician in Europe, South America and the USA. In 2009 she was the special guest of the Flute Festival in Lima, Peru. One engagement that was particularly dear to her was the Celebratory Concert in Brussels commemorating Austria joining the EU, for which she was chosen as a soloist and representative of her native country.

Born in Linz, she studied in her hometown and at Vienna’s Private University of Music, participating in master courses with William Bennett, Maxence Larrieux and Aurele Nicolet. She completed her studies at the Royal Academy of Music in London and gave her debut performance there in 2001, playing the world premiere of a work composed especially for the occasion by Helmut Neuman.

She is an ambassador of the Klangreiheninstitut in Vienna and teaches at the International Academy (ITA) in Göttingen. Furthermore, she is a guest docent at the Music Academy in So9ia, Bulgaria, and gives regular master courses in A9lenz (Styria) and at the Bavarian State Academy of Music. Her courses on “Body, Breathing, Posture”, which target not only wind players, are highly popular. In her free time, Elisabeth Möst writes poems and children’s books (e.g. Was der Schnee dir sagen kann, published by NOVUM). 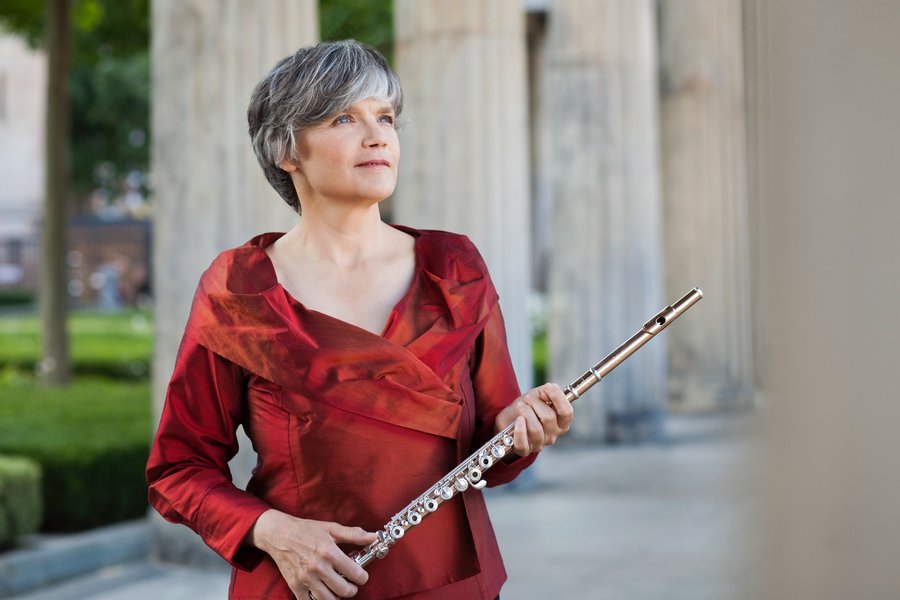