Join us for a Christmas concert with the Austrian acoustic string trio COBARIO!

The artists will enchant the audience with new interpretations of traditional and modern Christmas songs performed on guitars and violin. With an array of songs from various countries, the three Viennese musicians show off a range of musical styles and will perform Alpine favorites such as It will soon be dark, Stille Nacht, Heilige Nacht and O Tannenbaum paired with Christmas classics such as Winter Wonderland and Rudolph the Red-nosed Reindeer.

A taste of the concert can be found here!

Herwig Schaffner started playing the violin and the piano at the age of 8 and was accepted at the University Mozarteum Salzburg when he was 16. Through numerous orchestras, including the European Youth Orchestra, he was able to tour the world at a young age. He has premiered self-composed works for string quartets and symphony orchestras in the Golden Hall of the Musikverein Vienna.

Georg Aichberger started playing the guitar at the age of 14. His teenage years were characterized by self-taught learning as well as a variety of band projects - the stage became an integral part of his life. At the age of 19 he began to study guitar at the Vienna University of Music. Through his time studying under his South American teacher, and his studies abroad in Australia, he found his own personal musical style.

After his first musical experiences on the accordion, Peter Weiss devoted himself to studying the guitar from the age of 13. He studied guitar at the University of Vienna and at the ESML Lisboa in Portugal. Having returned to Vienna, he plays with local bands, orchestra projects and theater productions. 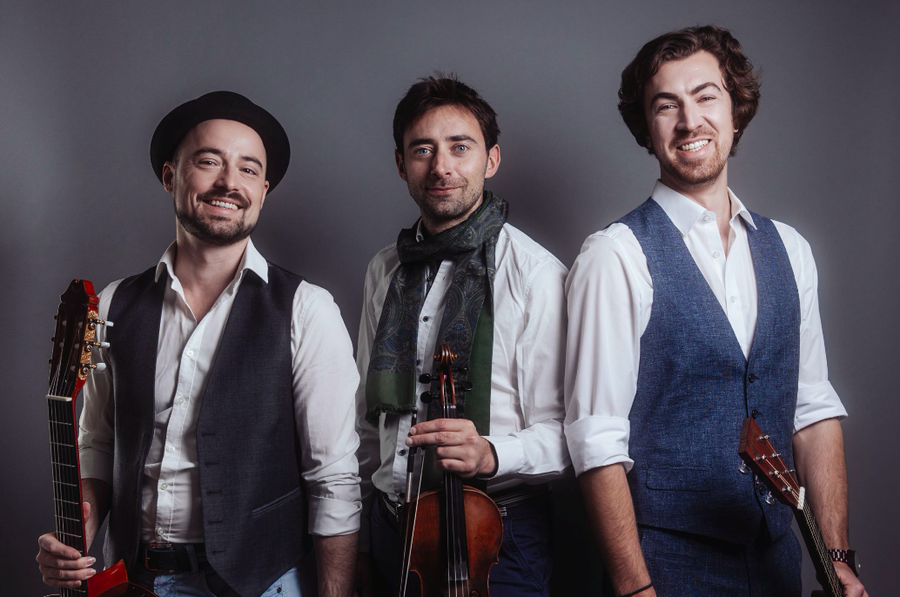