Join the Central European Jazz Showcase (CEJS) for a versatile jazz evening in London, bringing together the up-and-coming Austrian band Purple Is The Color and the Nikol Bóková Trio from Czech.

CEJS was originally supposed to take place in 2021 already, but had to be postponed due to the pandemic. Now the concept of two curated jazz evenings, showcasing bands from the Czech Republic and Austria can finally go ahead, presenting highly interesting artists from both countries vivid jazz scenes. The second evening will take place in November - stay tuned!

Purple is the Color

'EPIC' in name and epic in scope, Purple is the Color’s second album is a clarion call in jazz. After the success of their first album 'Unmasked', Purple is the Color are back with 'EPIC', their second album to be released on the Viennese label Session Work Records. With EPIC, the fab four put together by the Austrian pianist come one step closer to the Jazz Olympus. Compositions by the other members of the band, Štepán Flagar, Martin Kocián and Michal Wierzgon, have contributed further to the vitality of the record, more so than on its celebrated predecessor. Whether a musical epic or the unconditional commitment to the diversity of post-modernism, Purple is the Color’s new album is about the playful synthesis of ideas. Purple is the Color’s new album tells a very individual and compelling story; a story in 10 tracks that also reaches a tentative climax.

The result is intense, inspiring and beautiful. With their second album, the Viennese quartet prove that their presence can no longer be overlooked by the international jazz scene. Already, one of the albums of the year!

Nikol Bóková Trio is one of the line-ups of pianist and composer Nikol Bóková, who just released her fourth author album within four years. Among several awards for her music is an Andel Award in the Jazz category by the Czech music academy, the title of the best jazz album of the year in the poll of Czech journalists and promoters, or an award for the best jazz composition of the year awarded by OSA. Her Trio partners are extraordinary musicians MARTIN KOCIÁN on the double bass and MICHAL WIERZGON on the drums. In her unique compositions, Nikol effortlessly travels between genres, clearly fascinated by the possibilities they have to offer. She combines masterful performance and classical training with an outstanding compositional genius. 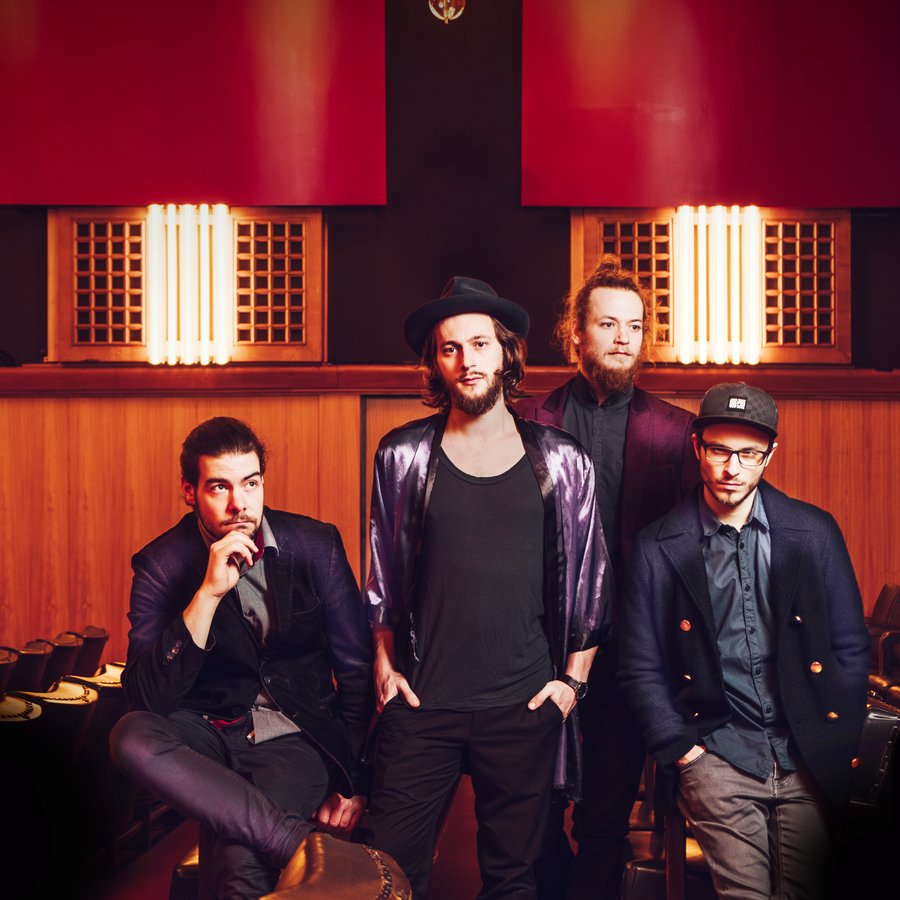 Purple is the Color © Georg Buxhofer