** We regret to inform you that the band HI5 sadly had to cancel this show. The evening will still go ahead with a performance by Vertigo from Czech.**

Join the Central European Jazz Showcase (CEJS) for a versatile jazz evening in London, bringing Vertigo from Czech over to London.

CEJS was originally supposed to take place in 2021 already, but had to be postponed due to the pandemic. Now the concept of two curated jazz evenings, showcasing bands from the Czech Republic and Austria can finally go ahead, presenting highly interesting artists from both countries vivid jazz scenes.

HI5 was founded in 2011 and has released 6 albums. The latest album "Southern Inspection Tour" was recorded live at their China Tour in 2019 and reflects the artisitical and logistical influence their extensive touring did to their music - that's why this album is both rocking & edgy and electronic & forwardthinking - but still creating music in the self entitled genre "minimal jazz chamber music" - with playing only original music.

Almost since the beginning HI5 held on to it's original line up of Matthias Legner (vib), Philipp Ossanna (guit), Clemens Rofner (b) and Chris Norz (dr) and played hundreds of shows in Europe, Northern America and Asia - including festivals like Trondheim Jazzfestival, Leopolis Jazzfestival, Jazz Festival Alto Adige, Outreach Jazzfestival NYC, Tuscia in Jazz and many more.

Vertigo ranks among the most original of Czech-Slovak groups. Founded in 2002 by pianist Vojtěch Procházka, saxophonist Marcel Bárta, bass player Rastislav Uhrik, and drummer Daniel Šoltis, and later joined by trumpeter, Oskar Török and the singing cellist, Dorota Barová, their aim is to find their own musical language. The impetus: jazz. Gradually, through their versatility, they arrived at their own unique sound. Vertigo's music is characterized by unbounded improvisation, creating sophisticated compositions bordering on contemporary classical, as well as refined song forms. To date, they have released six albums, won three Golden Angel awards and been nominated four times. They have played dozens of concerts in both domestic and foreign venues, mainly clubs and festivals. Thanks to their unflagging enthusiasm and indisputable musical qualities, Vertigo has forged an unmistakably original identity within the European music scene. 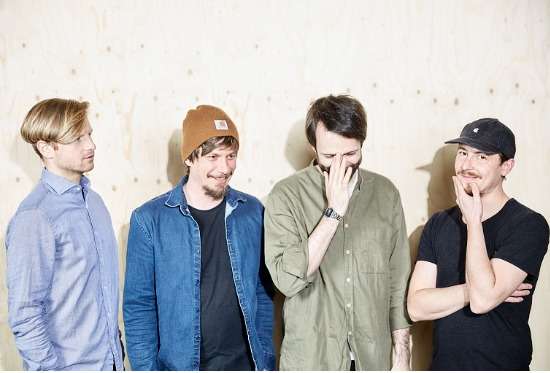