THE BLUE, THE PINK, THE IMMATERIAL, THE VOID

THE BLUE, THE PINK, THE IMMATERIAL, THE VOID

Using a framework of the Technological Sublime to reflect upon the experienced present, THE BLUE, THE PINK, THE IMMATERIAL, THE VOID presents the work of 14 early-career artists based in London and Vienna. Spanning performance, painting, sculpture, drawing, sound and digital media, the exhibition explores how varying forms of sublime can manifest through artworks as technological phenomena and experience.

‘Technological sublime’ has been theorised since the early 20th Century when artists began turning their attention to the industrial machinery of the Modernist age. As we enter an increasingly dematerialised way of living, the technological sublime comes to us in the form of seemingly limitless networks, an excess of images and information, and a sense of terror as we encounter geopolitical turmoil via digital news media. In the age of Kant, the sublime was a storm out at sea that threatened to envelop us. In 2022, it manifests as ominous clusters of pixels blinking on our screens, signalling war or wildfire.

THE BLUE, THE PINK, THE IMMATERIAL, THE VOID reflects on the fear-inducing awe we experience in the face of limitless information and technology; the disorientating effects of urban architecture and our yearning for a return to spirituality and/or sensuality in the technological age. Many of the artworks puncture the banality that emerges as a byproduct of the technological sublime by highlighting wonder, weirdness, joy, intimacy or disgust; reminding us of the heterogeneity of the world, the richness of experience, and how art can be a microcosm of this – telling stories, offering an escape from reality, opening new possibilities and allowing us to ‘travel’ through looking, rather than moving.

THE BLUE, THE PINK, THE IMMATERIAL, THE VOID will be accompanied by a publication featuring texts by Dr Betti Marenko (Central Saint Martins / Hybrid Futures Lab) and Georgina Voss (London College of Communication), and a conversation between the curators and Dr Axel Stockberger (artist and lecturer at Academy of Fine Arts Vienna) alongside documentation of the artworks. An online platform will also connect the exhibition to a broader international audience, further opening up the artistic processes of the participating artists.

This exhibition is part of our Curatorial Residency Programme in partnership with the Academy of Fine Arts Vienna and Central Saint Martins London. Graduates from the Culture, Criticism and Curation Master travel to Vienna and select graduates from the Academy to present alongside UK artists at an exhibition in London. This project was initiated in 2015 and brought dozens of UK and Austrian based artists together with UK curators. 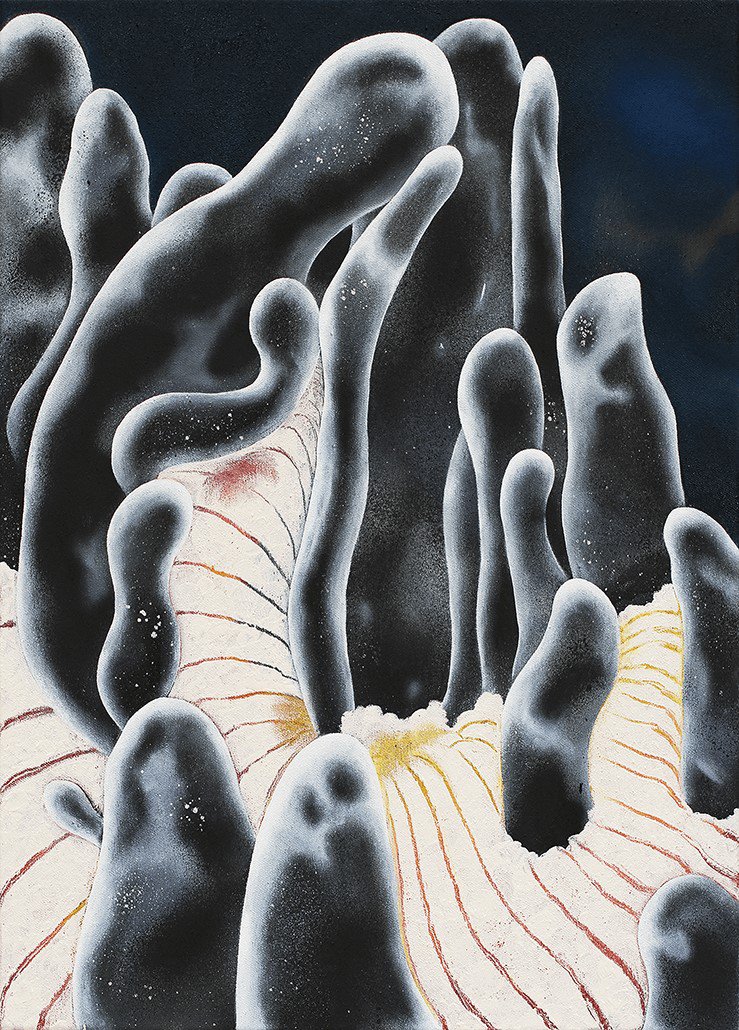