Austrian artist Astrid Seme’s works form an homage to Elsa von Freytag-Loringhoven and her manic use of em dashes. In an enlarged form and with a typesetter’s manner, Astrid hands her vinyl dashes Baroness Elsa’s em dashes (2019) over to the curator to link, emphasize, intervene and interrupt the different exhibited works. The purpose of the em (or en) dash is wide-ranging —as an appropriation of silence, as acting dissonance, as interruption, as occupying space. 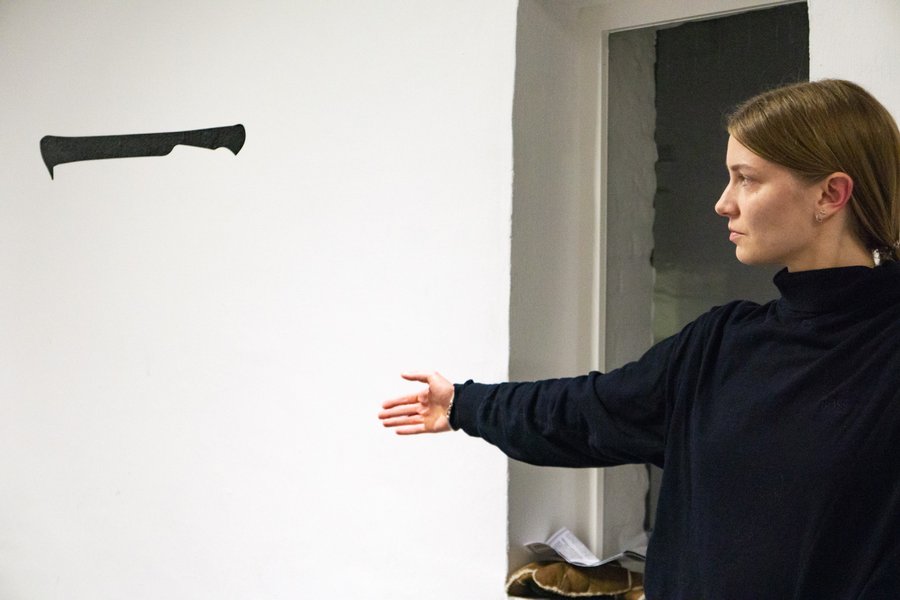