Brighton Fringe is the largest open-access arts festival in England. It is an international festival that is at the same time rooted in the community. It embraces every art form and every form of artistic expression, and supports both new and established performers in trying out new work and taking risks.

Their mission is to bring artists & audiences together & act as a catalyst for creativity. In addition to creating a platform for artists to showcase their work, the festival also helps artists develop professionally through a range of free to attend workshops, mentoring schemes and bursary programmes. This year several Austrian events will be featured in the festival programme:

A fictitious talk show with a live audience, featuring a guest from the afterlife. Impossible? Maybe exactly as impossible as the image of the ideal woman, a topic that the play seeks to address. The highlight of the evening: Käthe Petersen, a seemingly selfless social worker who was active between the years 1932 and 1966 in Germany. Behind the facade of medals lies a bottomless pit. Against the backdrop of the historical figure of Käthe Petersen, concepts such as sexual self-determination and the ideal woman are put up for discussion.

A Bulgarian and an Austrian walk into a Fringe Festival. Would you like to hear the punchline to this? Join Leicester Square New Comedian of the Year finalists Martin Durchov and Hubert Mayr for their debut hour of comedy. That's an order since, much like an appointment with the Home Office, attendance is mandatory.

A request for sex talk in German, a crippling back injury and coming out to her religious grandmother... Alice Frick knows the recipe for disaster well! The confused Austrian abroad indulges in life with wide-eyed enthusiasm.

Award-winning Austrian comedian Alice Frick escapes the Alps to follow a few of her favourite things; doing comedy and being openly gay, but she ends up experiencing one nightmare after another. Spending a year reading every self-help book available, she was left with only one question: 'What the Frick?!' 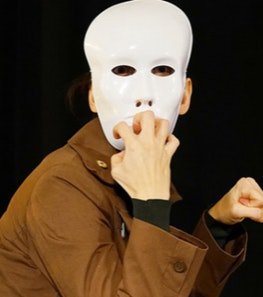