Patterns have been around London-based Austrian artist Andrea Tierney from her earliest childhood – on colourful dresses of women’s clothes, on curtains, tablecloths and tiles and in nature. Before she could write, she drew patterns – geometric patterns, flower and animal patterns. It helped her understand the order of things, to count and by repetition to learn. Years later, as her practice as an artist developed, she noticed that the sense to create patterns was everywhere in her work: the human figure, which she had studied for many years, became part of a pattern in diverse configurations. The pattern of flowing water, of leaves on the ground, of road signage, of graffiti on walls became the subject matter for her art. Discovering the intrinsic order of things and between things set her on a journey of discovery, which she is documenting here.

Patterns can be seen as a universal language. Every day many things attract our attention. Andrea’s sense of curiosity draws her to a particular aspect, which then becomes the object of investigation through the artistic process. Her patterns may represent an object as it appears in nature, but they are also a crystallization of the essence of an object. Symmetry is one of the ordering functions of pattern. A pattern develops and grows according to the symmetry it follows. Symmetries can be seen as numerical arrangements, like mathematical codes.

Andrea Tierney has been involved in artistic production all her life. Studying Fine Art in Vienna, Textile Print at Central Saint Martins and Computer Design and Animation at University of Westminster has shaped her work. Art Residencies in Europe as well as travelling in the Middle East, the US and Canada have contributed to a rich learning process. Exhibiting her work has taken her to Cairo, Damascus, Sarajevo besides having regular exhibitions in Austria and the UK.

More about the exhibition HERE 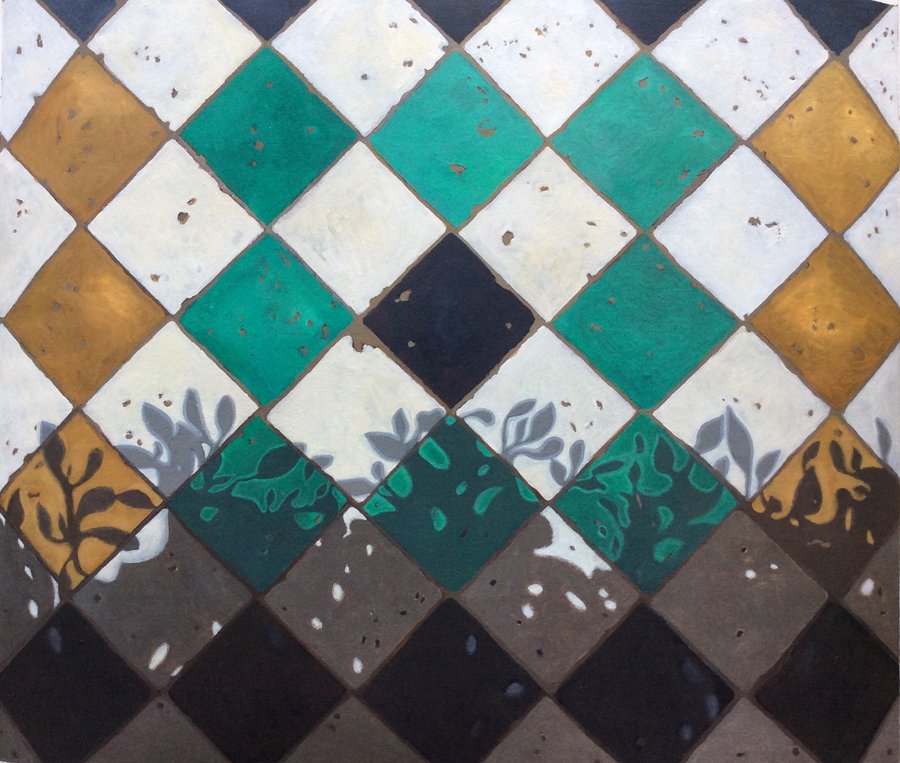