We are thrilled to welcome historian and prize-winning novelist Karina Urbach, author of Alice's Book, in conversation with award-winning journalist Rosie Goldsmith.

Join us for a conversation offering insight into the story of Karina's grandmother Alice. This remarkable historical account sheds light onto a lesser-known Nazi crime – the theft of intellectual property.

The evening about the passionate cook Alice will be set in our salon featuring our current exhibition around food and sustainability sustainable | FOOD | art.

Alice Urbach had her own cooking school in Vienna, but in 1938 she was forced to flee to England, like so many others. Her younger son was imprisoned in Dachau, and her older son, having emigrated to the United States, became an intelligence officer in the struggle against the Nazis. Returning to the ruins of Vienna in the late 1940s, she discovers that her bestselling cookbook has been published under someone else's name. Now, eighty years later, the historian Karina Urbach - Alice's granddaughter - sets out to uncover the truth behind the stolen cookbook, and tells the story of a family torn apart by the Nazi regime, of a woman who, with her unwavering passion for cooking, survived the horror and losses of the Holocaust to begin a new life in America.

Dr Karina Urbach took her PhD at the University of Cambridge and from 2015-21 researched 20th Century History at the Institute for Advanced Study, Princeton and the Institute for Historical Research, University of London. Bismarck’s favourite Englishman was Urbach’s first book and is now out in paperback. In 2015, her monograph Go-Betweens for Hitler triggered a campaign for the release of interwar material from the royal archives. Her latest work Alice’s Book illustrates for the first time how German publishing houses turned Jewish non-fiction books into ‘Aryan’ ones. Urbach worked on several documentaries for the BBC, Channel 4, ITV and in the US – for PBS and has written for several newspapers.

Rosie Goldsmith is specializing in arts and foreign affairs. A BBC staff Senior Broadcast Journalist for twenty years, she travelled the world, presented several flagship programmes such as Crossing Continents, A World In Your Ear, Open Book and Front Row. She has interviewed leading cultural and literary figures, from Margaret Atwood to Edmund de Waal, David Mitchell to Karlheinz Stockhausen. Rosie is a passionate linguist (French, German and Italian) and traveller, and has lived in Europe, Africa and the USA. Today she combines journalism with chairing and curating arts and literary events in the UK and across the world. She is Founder and Director of the European Literature Network, Editor-in-Chief of The Riveter magazine and was Chair of the Judges of the EBRD Literature Prize from 2018-2020.

Please note: Tickets are limited and need to be booked on our website in advance. Copies of the book will be available for sale at the event. 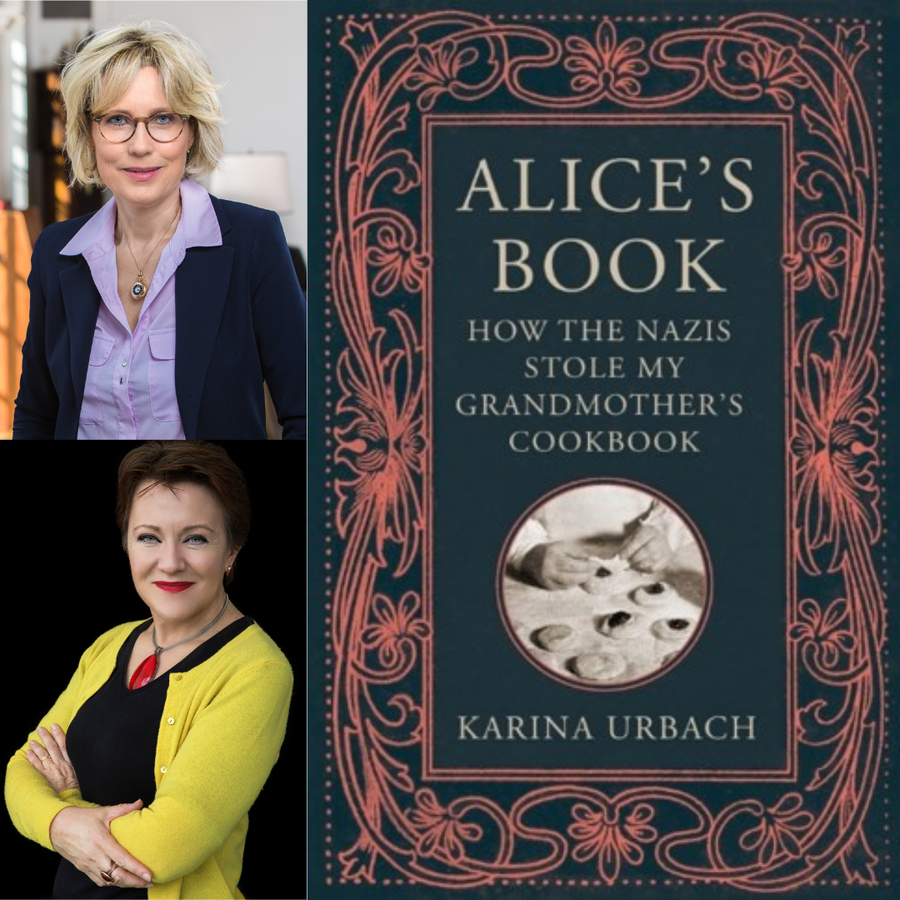