Variations on a Theme

We continue to explore the best of new Austrian and British writing in our new author discussion series. The series will bring Austrian and British authors together to discuss a topic that is prominent in their work. Carolina Schutti and Joanna Walsh will read from their latest books and discuss how poetry permeates their writing in terms of language, effect and form on what will most definitely be a fascinating evening with two dazzling writers.

One of our first participants will be Austrian author Carolina Schutti. She was born in 1976 in Innsbruck, where she still lives. She studied German philology, English and American Studies, concert guitar and classical voice. Her publications include essays on literary studies, literary reviews and other texts in literary magazines. She coordinates and moderates literary events and interdisciplinary projects, works as a juror, gives lectures on poetry and holds training seminars in the field of Neue Literatur. Schutti has received a number of awards for her literary work, including the 2015 European Union Prize for Literature for her novel Einmal muss ich über weiches Gras gelaufen sein (Once I must have trodden soft grass).

Joanna Walsh's memoir Hotel was published by Bloomsbury in 2015. Vertigo will be published by And Other Stories in March 2016, and her first story collection, Fractals, was published in 2013. Her writing has been anthologised in Dalkey's Best European Fiction 2015, Salt's Best British Short Stories 2014 and 2015 and elsewhere, and has appeared in Granta Magazine, The Stinging Fly, Gorse, and many other journals. She reviews for The Guardian, the New Statesman and The National, edits at 3:AM Magazine and Catapult, and created and runs the Twitter hashtag #readwomen, heralded by the New York Times as ‘a rallying cry for equal treatment for women writers’.

Jen Calleja is the Austrian Cultural Forum London's Translator in Residence. She is a literary translator, writer, acting editor of New Books in German, editor of Anglo-German arts journal Verfreundungseffekt and columnist for literature in translation for The Quietus. Her translation of Gregor Hens' Nicotine was published by Fitzcarraldo Editions in 2015 and her debut poetry collection Serious Justice is forthcoming with Test Centre. 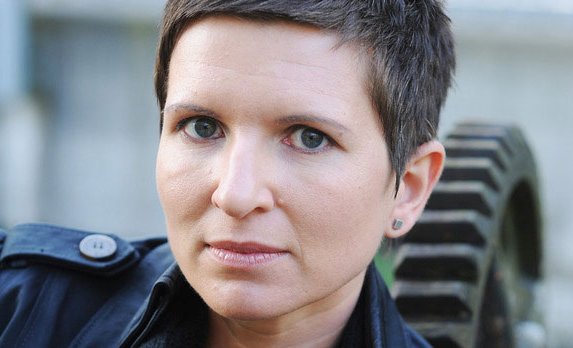