Our guest literary curator Jen Calleja has invited British and Austrian writers to spend three days exploring London to create brand new written works on and around themes such as the city, architecture, public spaces and psychogeography. Working collaboratively and individually, the writers will then present their work at a special evening of readings and conversation.

Teresa Präauer is an author, artist and illustrator. She was nominated for the Leipzig Book Prize 2015 and won the Friedrich Hölderlin Prize 2015 for her second novel Johnny und Jean, and won the ZDF "aspekte" Prize for her debut novel Für den Herrscher aus Übersee.

Tex Rubinowitz is an author, travel writer, musician, artist and cartoonist. He won the Ingeborg Bachmann Prize 2014 for his text Wir waren niemals hier. His debut novel Irma - based on the Bachmann-Prize-winning text - came out in 2015.

Thomas McMullan is a writer, playwright and journalist. His short fiction has appeared in 3:AM and The Stockholm Review and he regularly writes for The Guardian. 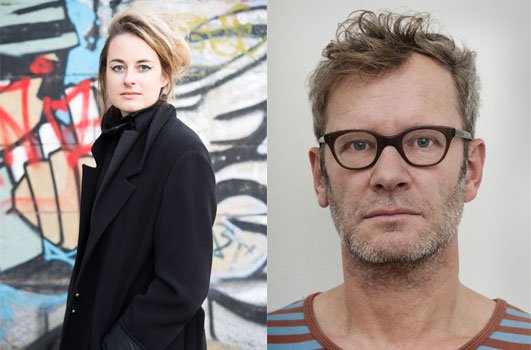