translation, friendship – A celebration of the writing of Ilse Aichinger

On the occasion of International Women’s Day, the ACF London in partnership with Copy Press presents a special evening of literature and performance celebrating the recent re-publication of The Bound Man, and Other Stories, by Austrian writer Ilse Aichinger (see: https://goo.gl/dnz9Y5)

translation, friendship – a sequence of two words that has friendship immediately following on from translation yet pause for a while, read the words more than twice. The comma, that smallest of marks, is inserting a time that does something to the order of things. Unlike the conjunction ‘and’ that separates as it conjoins, the comma retains a nearness, an excessive nearness.

A translation of a text from one language into another is an act of friendship, and friendship is founded upon nothing other than sharing, sharing common sensations and the same sweetness of existing – translation, friendship share sharing.

The presence of a comma gives us the time to enjoy this excessive nearness, a sharing itself. Here time is sparkling as past and present are brought into proximity with each other; the past, no longer found in the past, bursts into the present.

To celebrate the writings of Ilse Aichinger and the recent Copy Press publication of The Bound Man, and Other Stories, there will be an evening of 5–8 minutes performances of poetry, prose and philosophy that will show and share the possibilities of this comma.

Amélie Mourgue d'Algue is a London-based artist researching the effects of living between languages on the act of coming to speaking through a social practice grounded in conversation and collaboration with others.

Olumide Popoola, A lyrical response: addressing how fiction questions yet reaffirms our humanity and how a pause can create a space for infinite new possibilities.

Nigerian-German Olumide Popoola is author of the novels this is not about sadness, Fishing for Naija (2017), the short story collection breach (2016), and the play Also by Mail. Her writing crosses and embraces different genres. She lectures on creative writing, currently at Goldsmiths College London.

Heide Kunzelmann is Director of Taught Programmes in German, School of European Cultures & Languages, University of Kent. She is also Director of the Ingeborg Bachmann Centre for Austrian Literature at the Institute of Modern Languages Research at the University of London. Her research focuses on post-war Austrian literature and culture, especially the Austrian avant-gard and the Wiener-Gruppe. She is author of 'ich bin ja der Proteus': H.C. Artmanns Poetik der Wandelbarkeit (Vienna: Sonderzahl, 2013).

NaoKo TakaHashi, Echoes of The Body: a soundscape with layers of textural elements, resonating The Bound Man and commas.

NaoKo TakaHashi is an artist and writer. Performance in its origin, her wide-ranging practice incorporates installations, books, films, sound, drawings, spoken word and sculpture. She lives and works in London and has exhibited and performed widely in the UK and abroad.

Emily Jeremiah, Language, freedom, constraint: a reflection on The Bound Man, based on the speaker's experience as a translator who is also currently teaching Kafka.

Emily Jeremiah is Senior Lecturer in German and Gender Studies, and Director of German at Royal Holloway, University of London. She is also a prize-winning translator of Finnish fiction and poetry; with her Finnish mother Fleur Jeremiah she has co-translated three novels for Peirene Press. She has judged the Schlegel-Tieck Prize for German Translation five times.

Uljana Wolf is a German poet and translator based in Brooklyn and Berlin. She published four books of poetry in German and translated numerous writers into German, among them Yoko Ono, John Ashbery, Charles Olson, Erín Moure, Cole Swenson. Together with Christian Hawkey, she translated Ilse Aichinger's short prose from the collections Schlechte Wörter and Eliza, Eliza into English, forthcoming from Seagull Books in 2017. Wolf teaches German language, poetry and translation at NYU and at the Pratt Institute in Brooklyn. For her work, Wolf was awarded several grants and awards, such as the Erlangener Prize for Poetry as Translation in 2015 and the Adalbert von Chamisso Prize 2016.

Rebecca May Johnson, Materiality and Collusion: a poetic dialogue that takes place between the English translation of The Bound Man by Eric Mosbacher and Ilse Aichinger's German text and reflects on the materiality of the languages they intersect, and the collusion between language and oppression that denies the evidence of the body.

Rebecca May Johnson is a writer and journalist living and working in London. She will shortly submit her PhD thesis, which is an analysis of the contemporary epic Odyssey cycle, Niemands Frau by German poet Barbara Köhler. She is part of collaborative group called Sitting Room that organises poetry readings in Sitting Rooms - among other things.

Jayne Parker, A memory, story, dream and showing of the first part of the film 'K': "K. came from a dream: I am lying in a bed weighted down by a heay rope, whose end I have been forced to swallow. The rope is piled on top of me and I can't move. I must have read the story of The Bound Man around this time. In my memory, the story and my dream are inextriably tied."

Jayne Parker is an artist and filmmaker whose work has been widely shown, in major art institutions, on television and in film and music festivals. In 2008, a DVD compilation of her film works was released by the British Film Institute in their British Artists' Film series. Her films are distributed by LUX.

Arianna Bove, Translation, friendship. Intimacy, estrangement: in a brief encounter with the contradictions, paradoxes and irony of the translation act we will reflect on its power to subvert the one, the two, the many, and their connection.

Arianna Bove is a translator and researcher in philosophy and politics, co-editor of the archive www.generation-online.org since 2000. Recent translations include The Debt of the Living. Asceticism and Capitalism by Elettra Stimili, Factory of Strategy. 33 Lessons on Lenin by Anotnio Negri and Introduction to Kant's Anthropology by Michel Foucault.

Kristen Kreider, On Visionaries: a brief reflection on the role of the visionary and the act of envisioning, bringing newness to light.

Kristen Kreider is a writer, researcher and educator who makes performance, installation and video work in collaboration with the architect James O'Leary and produces writing in various forms, modes and genres to open up and communicate meaning. Her books include Poetics & Place: The Architecture of Signs, Subjects and Sites (I.B. Tauris, 2014) and, with Kreider + O'Leary, Falling (Copy Press, 2015).

Erica Jarnes is a vocalist and composer based in London. She performs with the King/Cave Project, Soul Sanctuary Gospel Choir, SOAS Min'yo Group (Japanese folk music) and the acapella group Pindrop, as well as her own band Mechanical Moon, which interprets the poems of Elizabeth Bishop. During the day Erica manages the Writers in Translation programme at English PEN.

Emily Gray is a mezzo-soprano and was named BBC Radio Choir Girl of the Year in 2000. Her debut album Passiontide reached number 8 in the classical charts and was nominated for two classical Brit awards. Emily performs both as a soloist and as a member of the King/Cave Project. She recently recorded her second album, due for release this coming year. 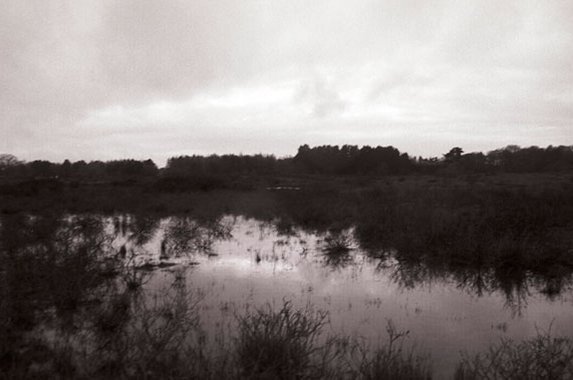