Considered by many as the best British film ever made, THE THIRD MAN screens exclusively at Picturehouse Central on 1 September 2019, 70 years to the day since its world premiere in 1949. Audiences will be treated to a pre-screening exclusive live musical performance from Cornelia Mayer, a Viennese zither player who trained with Anton Karas, followed by a screening of the film in glorious 4K, and then a post-screening Q&A hosted by film journalist Matthew Street featuring Angela Allen, one of the last remaining crew members, fan of the film writer/director Hossein Amini and more special guests to be confirmed.

Directed by Carol Reed (THE FALLEN IDOL, OLIVER!) from an original script by acclaimed novelist Graham Greene, THE THIRD MAN won the Grand Prix at Cannes and the BAFTA for Best British film, and is loved by filmmakers the world over, from Martin Scorsese to Ben Wheatley. Oscar-winning cinematography showcasing the shadowy underbelly of a bombed-out Vienna, an endlessly quotable performance by Orson Welles, and an iconic soundtrack from zither player Anton Karas (a Viennese busker plucked from obscurity by Reed) all combine to make one of the most memorable thrillers of all time. 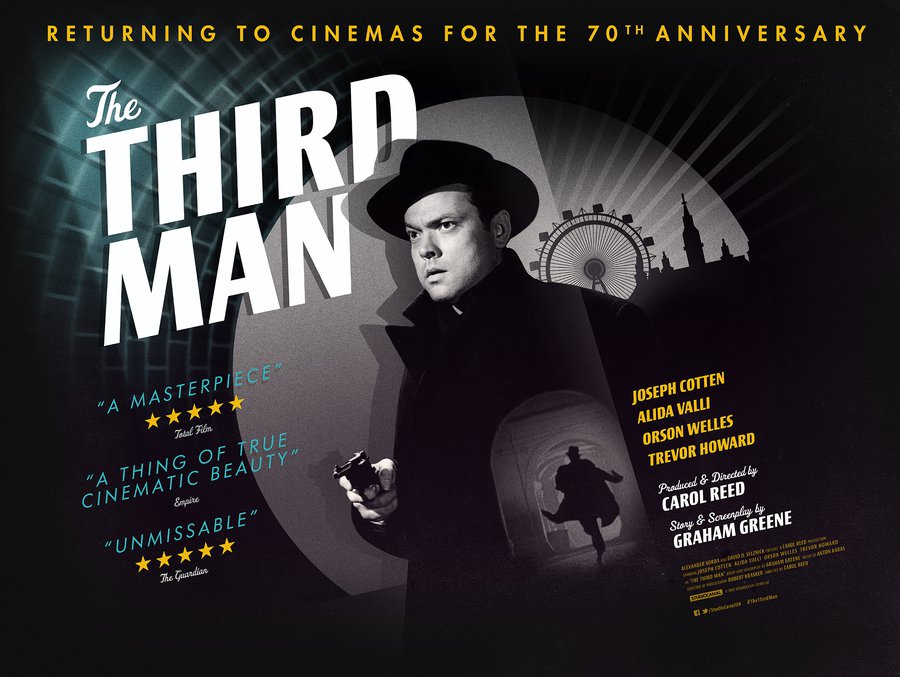