Sofie Royer at The Lower Third

Sofie Royer at The Lower Third

Austrian singer-songwriter Sofie Royer will perform live at The Lower Third in London this December!

For her second album Harlequin, the multi-hyphenate artist and singer/songwriter Sofie Royer has produced both a pop album and a dramaturgical analysis of her own imagination.

Hosted by Bird on the Wire.
For more info and tickets, click here.

Harlequin mines the Viennese—and former-Los Angeleno—musician’s passion for her native city’s opera and ballet traditions as well as the baroque lyricism of cabaret. If the roots of Sofie’s debut album Cult Survivor were inspired by pop eccentrics like Gary Wilson, Todd Rundgren and Serge Gainsbourg, then Harlequin goes back much further in history, sampling from the circus and the court jester. Blended with Sofie’s nostalgia for early aughts reality television and American mall punk subculture, the resulting songs present a montage of peculiar characters, vernacular settings and mysterious chronologies that are as theatrical as they are musical.

No stranger to classical tradition, Sofie was a student of violin at the Vienna Conservatoire before breaking away from the institution to live between New York, London and L.A., where she became known as a DJ and an original member of Boiler Room. During her time in L.A., she worked at Stones Throw and brought artists including Mndsgn and Stimulator Jones to the label, as well as releasing her compilation Sofie’s SOS Tape in 2016. Sofie only began writing songs for Cult Survivor after moving back to Vienna. 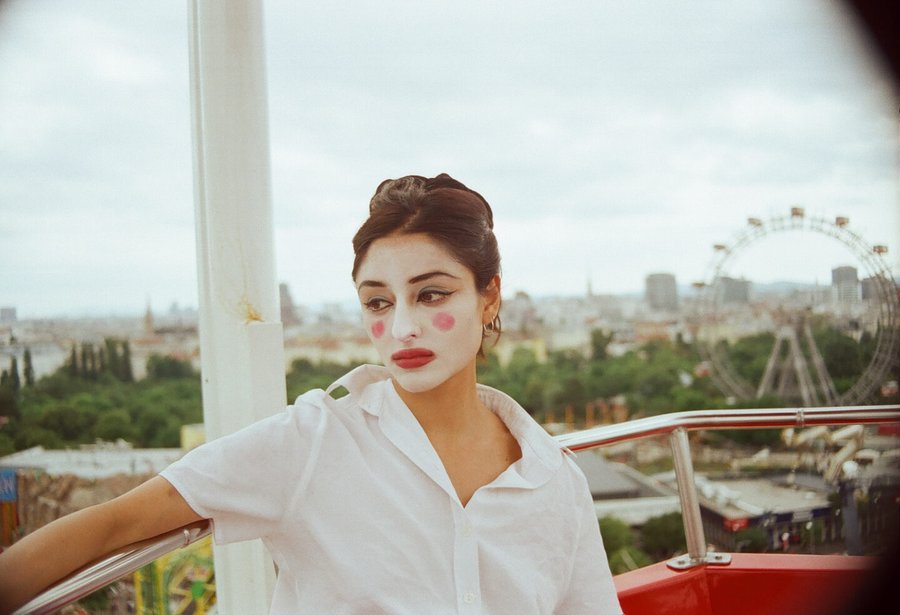