Petrol Girls were originally formed in London, with members from Austria, Lithuania and the UK. With a wide range of musical influences, and having had the pleasure to support bands such as Strike Anywhere, The Dead Kennedys, Propagandhi, RVIVR, War on Women and Refused, the band are constantly developing musically as well as politically.

Now based in Austria, and touring incessantly, the band are strong advocates of freedom of movement, anti capitalism and intersectional feminism.

Petrol Girls are rooted in a DIY music community that has always combined politics with punk rock; part of a counter culture that constantly challenges mainstream values like nationalism and the gender binary, and the oppressions that these ideals promote. 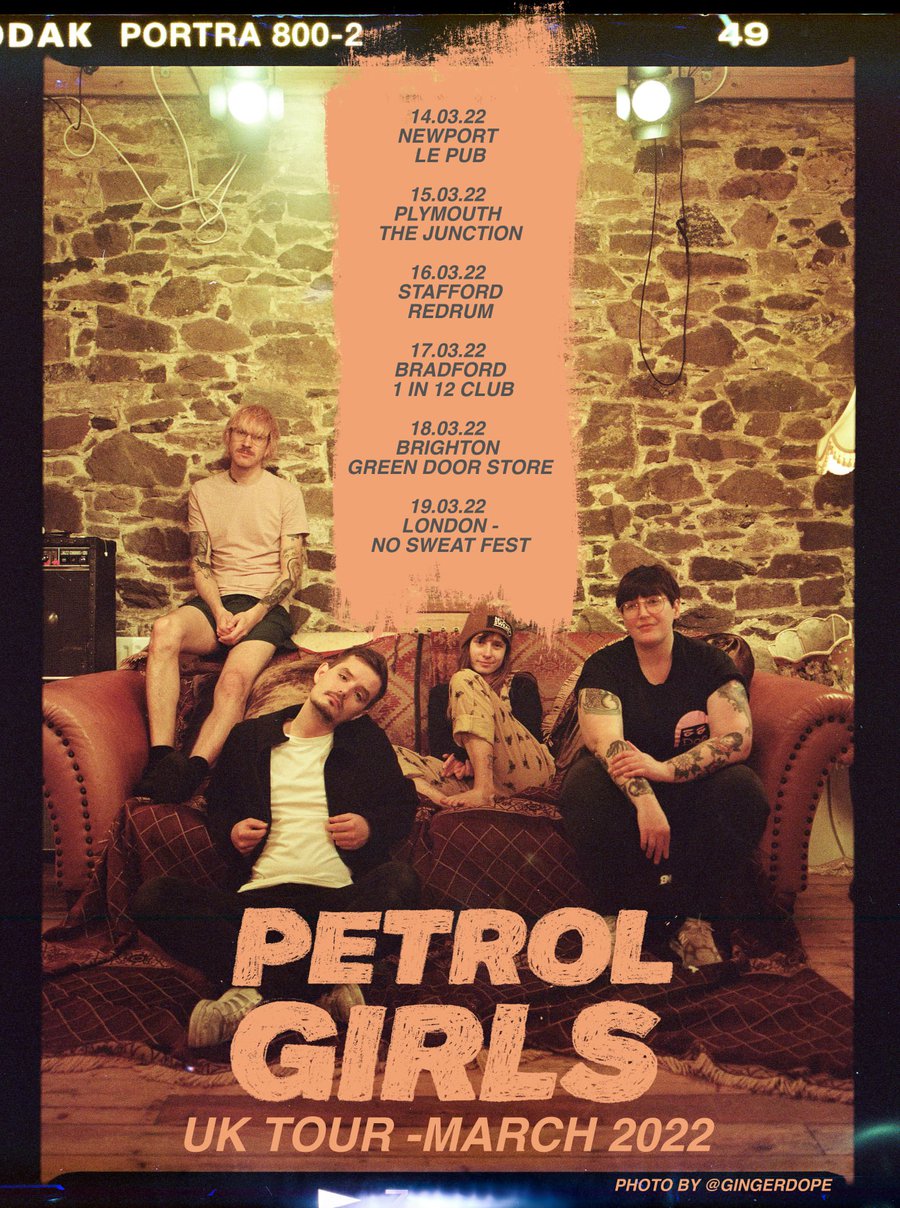