The BFI Flare festival (16 - 27 March), dedicated to showcasing and celebrating queer cinema, returns to BFI Southbank and BFI Player! This year Austrian co-production Moneyboys will be screened twice during the festival.

Chinese rent boys, far from home and hungry for success, struggle with the competing demands of their families and the needs of customers, lovers and friends, in this assured drama.

C. B. Yi’s film was far too risky a venture to be filmed in mainland China, so Moneyboys was shot in Taiwan. The film explores the tensions between Fei, a naive, rural rent boy and his overprotective lover Xiaolai. Attentions from the police, who are cracking down on prostitution, forced Fei to flee to the big city, finding security amongst fellow sex workers. When he returns to his family’s village for a funeral, some of his relatives reveal their true feelings about how he earns the money that they gratefully receive. An old friend, the handsome Long, follows Fei back to the city and with them arrives the possibility of romance. They attempt a life hustling on the street alongside one together. But how long can love survive in this world?

Contains scenes of a sexual nature. Strictly over 18s only. 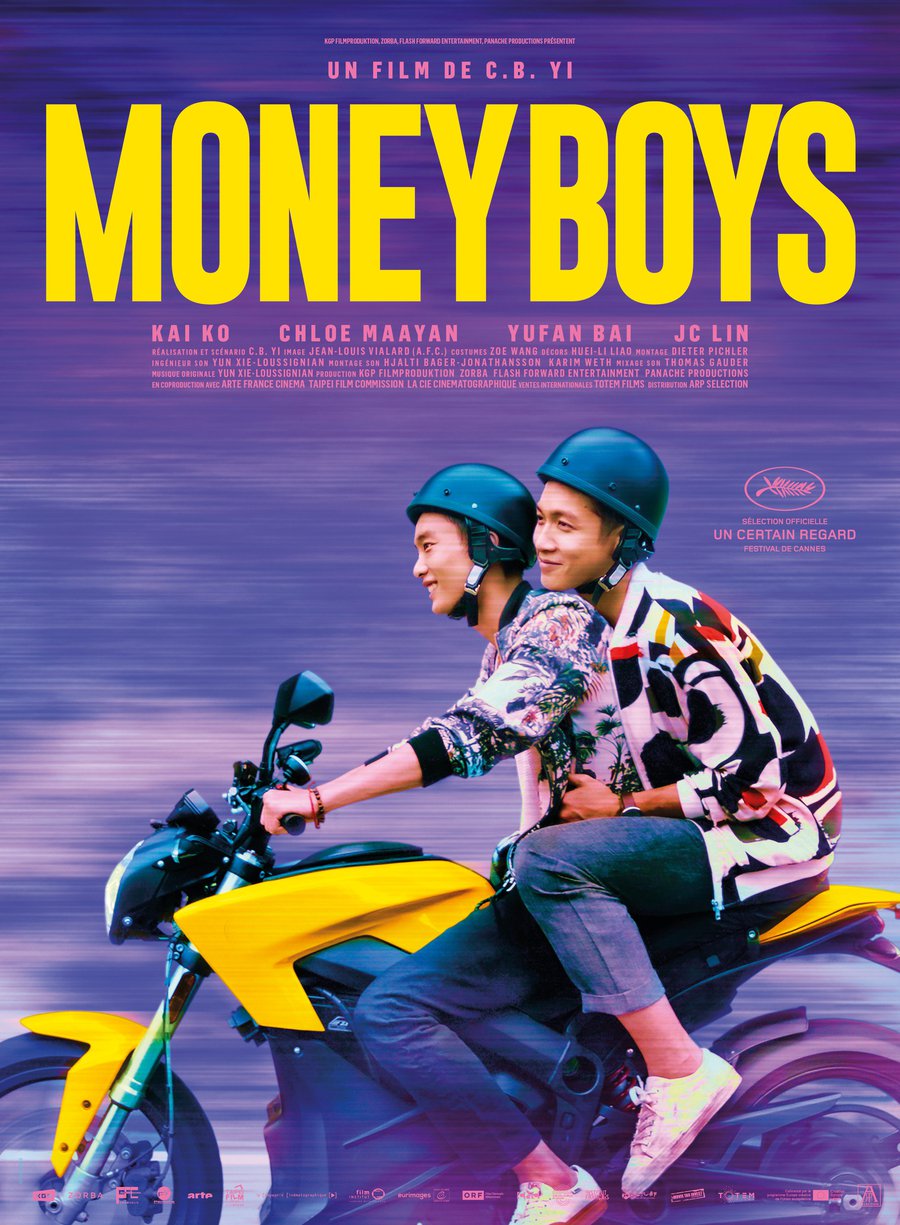