The Kakania project returns to the Austrian Cultural Forum for a night of brand new performances, each from a contemporary artist or writer responding to a figure of Habsburg Era Vienna. The great, groundbreaking personas of 100 years past are made new by some of the most dynamic and innovative performers and thinkers of our day, without nostalgia, but with faithful invention and intensity. More about Kakania on www.kakania.co.uk

Preceding the evening’s performances there will be a symposium on Habsburg Vienna, through the kaleidoscope of Kakania’s inventive approach, led and curated by Dr. Diane Silverthorne, a leading voice in Habsburg Viennese studies. The Symposium will feature informal and academic talks about the era, interspersed with poetry and text art readings from poets and writers involved in the first year of the Kakania project, who will also give context to their process. The Symposium will also see a screening of the acclaimed film Altenberg: The Little Pocket Mirror.

3pm
– A talk by Jamie Ruers on Cabaret Fledermaus
– A talk and reading by Eley Williams on Broncia Koller-Pinel
– A talk and reading by Vicky Sparrow on Margarethe Wittgenstein
– A talk by Stephen Emmerson on his multi-part performance art response on Rainer Maria Rilke.
– A talk by Marcus Slease, adjunct assistant professor in English at Richmond, The American International University in London, on writing a new poetry commission on Max Kurzweil.
– A screening of Joshua Alexander’s experimental film on Paul Wittgenstein, commissioned for Kakania

4pm
– A screening of ALTENBERG: The Little Pocket Mirror. A documentary by David Bickerstaff and Gemma Blackshaw  | 54 min

About ALTENBERG: The Little Pocket Mirror

The life and work of the Austrian writer Peter Altenberg is shrouded in controversy. From bouts of mental illness to obsessive relationships with prepubescent girls, Altenberg’s willingness to write about his experiences of depression and passion ensured a level of notoriety that exists to this day. Celebrated as an eccentric during his lifetime, his friends and contemporaries included Sigmund Freud, Gustav Klimt and Adolf Loos.

Altenberg described himself as ‘a little pocket mirror’ and had a unique ability to see the world of Vienna circa 1900 in miniature. Art Historian Gemma Blackshaw retraces his footsteps through Vienna’s cafés and asylums, cheap hotels and holiday resorts to create an illuminating portrait of this deeply troubled man, so central to the culture of this time and place. Accused of paedophilia by some, how can academics and institutions deal with his collection of images and texts? What would they have to leave out, and what does this say about our own, similarly anxious times?

Available on the day will be the two publications emerging from Kakania – The Kakania Anthology and Oberwilding: on the life of Oskar Kokoschka by SJ Fowler & Colin Herd. 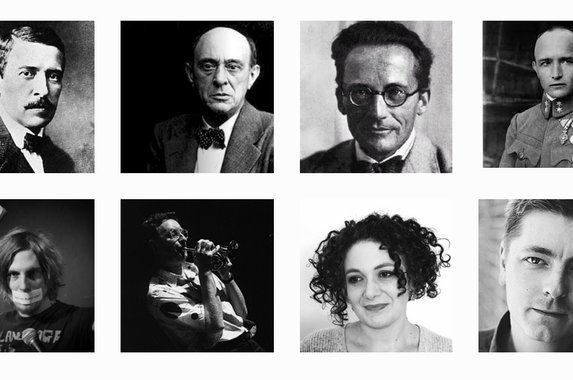