Goodbye Wittgenstein is an international exchange programme between artists and academics from Linz, Austria and artists selected by A3 Project Space in partnership with Birmingham Open Media, UK.

Participants in the programme take the ‘affair’ between the Austrian born philosopher Ludwig Wittgenstein and his friend from Birmingham, David Hume Pinsent as a starting point for a series of projects that will happen in Linz and Birmingham during 2016. The projects respond to Wittengstein’s seminal text ‘Notes in Logic’ which was dictated by Wittgenstein in 1913 during a visit to see David in Birmingham. ‘Notes in Logic’ is notably the predecessor of what is considered to be one of the most important philosophical texts of the 20th Century, ‘Tractatus Logico Philosophicus’.

Austrian artists rtists Verena Henetmayr, Thomas Philipp and Andre Zogholy participating in the Goodbye Wittengenstein international exchange will talk about the development of their projects. They will be joined by UK writer Mike Johnston and artists Emily Warner, Pete Ashton and Trevor Pitt.

Clayton Shaw will talk about a set of placements run by SAMPAD that took place at Ars Electronica Festival, Linz for artists and practitioners working with young people who have a desire to enhance their skills and knowledge of the use of digital products and technology within their work.

Darryl Georgiou will talk about working at the Futurlab as part of his artist residency at the Ars Electronica centre In Linz, Austria during July - September 2014.

The Austrian artists will talk about their work at the interfaces of art, politics, society, technology and science. They will show what it feels like to enter a wellness area with the famous French philospher Michel Foucault, how to burn 9,6 million pounds on a Brazilian beach and why almost no one in Austria knows anything about "Sound of Music". Moreover they will serve super sweet Austrian Kaiserschmarrn & Zwetschkenknödel to the audience.

Artists Verena Henetmayr, Thomas Philipp and Andre Zogholy from Linz, Austria will present outcomes of their residency at BOM including traces of their interventions in public spaces in Birmingham connected to the ‘affair’ between Ludwig Wittgenstein and his friend from Birmingham, David Pinsent.

Supported by Austrian Cultural Forum London, The Austrian Federal Chancellery - Arts and Culture Division, The State of Upper Austria and The City of Linz, A3 Project Space, Birmingham Open Media and Stryx. 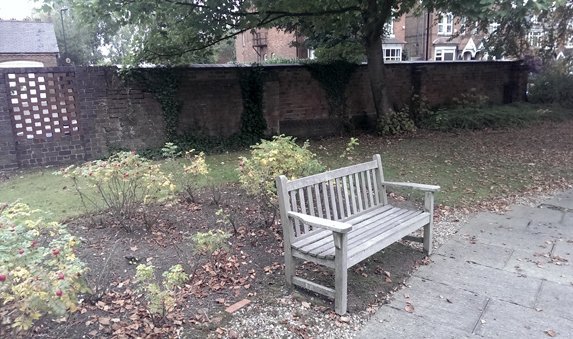