Santa Fe begins where Corti's 1982 film God Does Not Believe In Us Anymore leaves off . In 1940, a ship arrives in New York harbor filled with exhausted Jewish immigrants desperate to begin a new life. Freddy struggles to find work, learn English, and overcome his intense sense of alienation. He is surrounded by fellow refugee acquaintances including the depressed daughter of a poet/delicatessen owner, an aging surgeon who cannot find work, and a lovable charlatan photographer. Part II of the trilogy Wohin und Zurück examines with complete assurance the hopes, doubts, and memories of immigrants who have no place to call home. #

We will screen Part III of the trilogy in November followed by the recently released documentary Interpretation of Reality – Georg Stefan Troller by Ruth Reiser in December. Details to follow. 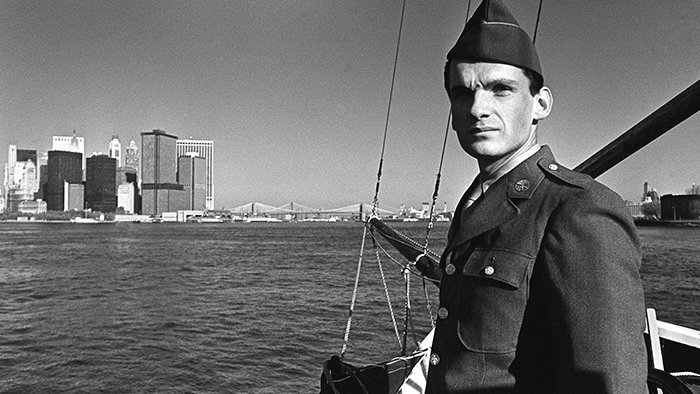