Affairs in Berlin: Harold in Germany, Vita in Love

Affairs in Berlin: Harold in Germany, Vita in Love

"Affairs in Berlin: Harold in Germany, Vita in Love" at Sissinghurst Castle uncovers the culture of Weimar Berlin during the golden age of travel.

Vita Sackville-West and Harold Nicolson travelled extensively and were very often inspired by the beauty and culture they experienced along the way.

In 1927, Harold was offered a job as a diplomat in Berlin and while Vita remained in Britain, she would frequently visit him. Together, they explored Weimar Germany’s rich cultural landscape and made a new bohemian circle of friends, including Margaret Goldsmith, with whom Vita fell in love.

The Big Room (Long Library) at Sissinghurst has been transformed to evoke the vibrant social life and culture of Weimar Berlin featuring over 50 books, translations including Vita Sackville-West’s 1931 translation of Rilke’s Duino Elegies! Also included are original silent film footage and recordings.

Discover Vita and Harold beyond Sissinghurst and how Weimar Berlin came to represent a place for creative thinkers. 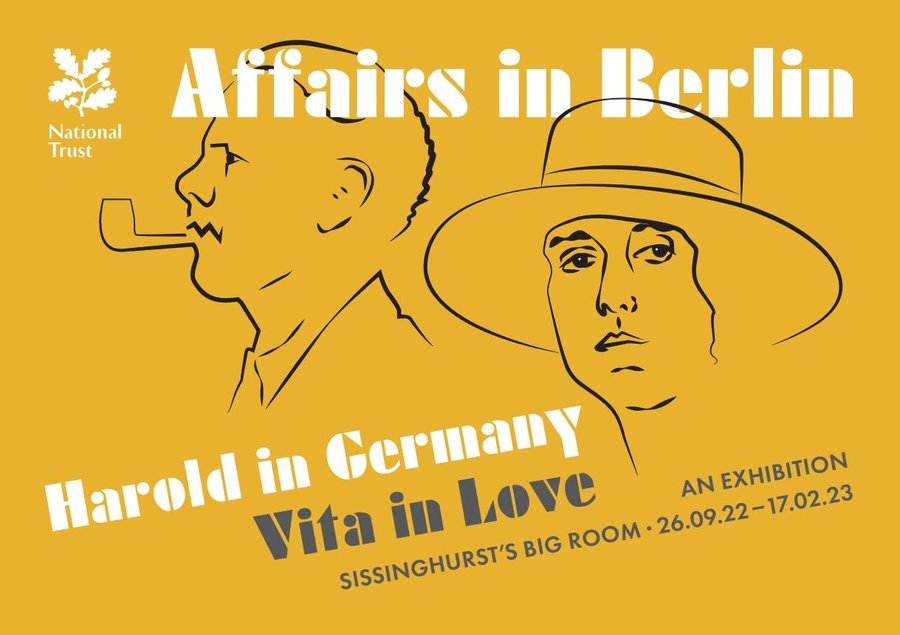